Cobra Kai returns for a third season, January 8 on Netflix.

Three years after it originally premiered, Cobra Kai still amazes me. It’s amazing that out of all the great 80s properties this show may be the best reboot of any I have seen. Billy Zabka as a super likable lead? Woah. Somehow the show is able to continually convince me that kids in the Valley desperately care about a once-a-year karate tournament. It’s so fun. To recap: season 1 of Cobra Kai was a pleasant surprise, corny, stupid but likable and funny. Season 2 built on those successes and expanded the social dynamics and in my eyes was a very worthy predecessor. The show did not just rehash the same plotlines, the characters changed, grew, and switched sides. Season 3 continues this trend. Things are changing in the Valley and the show’s strongest trait is that they are very open to trying new things.

Season 3 tries to do new things in the world of Cobra Kai with some hits and misses. We get a lot more backstory on John Krease, which I found to be some of the most interesting parts of the season. But for every Krease flashback there is a 5-minute scene in Japan of Daniel learning some dumb lesson like “center your mind.” I don’t want to blame the show for trying. As I mentioned before I appreciate that the show is not stagnant, but I’d enjoy it more if Cobra Kai would stop always having to mention the movies that spawned the show. At first it was awesome to see Johnny’s perspective on the first film and Krease returning but when we are having cameos by a guy who was in one scene in 1984 it gets old. Our main characters Robbie and Miguel are both sidelined for large portions of the season and I think it’d be great if instead of having Johnny or Daniel mope about what happened 30 years ago for the 17th time, we could see more with those characters and their budding rivalry. The one young lead who does get more screen time is Samantha Larusso (Mary Mouser) and while some things with her work, I just don’t find most of the story around her particularly compelling and would have much preferred to see more of Robbie or Miguel.

There are a lot of things that the show continues to do well in season 3 that make it a really fun watch. The ongoing joke of Johnny’s technological ineptitude never ceases to garner a chuckle and one cameo near the end of the season (no spoilers) is actually executed surprisingly well. The show’s cultural criticisms are also amusing, and each episode has at least 3 or 4 funny moments and the action, while ridiculously overblown sometimes, is definitely entertaining.

Overall, I would definitely recommend Season 3 of Cobra Kai. If you liked the first two seasons there’s no reason to not like this. My one hope going forward is that the show can truly stop being “a sequel to the Karate Kid” and start being whatever it wants to be. It is clear that the showrunner’s have that vision and I am truly looking forward to Season 4. 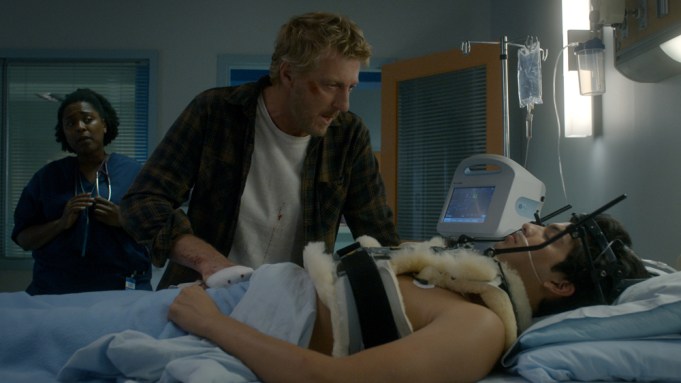