Dickinson is back stronger, funnier, and as meta as ever with Hailee Steinfeld reprising her role as poet Emily Dickinson. This Apple TV+ series took the world by storm (and is extremely underappreciated, for that matter) in its first season, and it returns with an even more powerful second season that takes itself a bit more seriously.

The series itself is a period piece balancing comedy and drama through a modern lens, to the backdrop of anachronistic soundtracks. There’s nothing quite like a rap song dubbed over a scene depicting a 19th-century saloon party. It’s not something you get used to it, but something you simply can’t get enough of.

The second season presents itself in a more mature, articulate manner as Steinfeld’s Dickinson grapples with the idea of publishing her poetry to the public. As actual history dictates, Dickinson’s work was largely unpublished until after her death, and this series attempts to explore her untold story in the most creative way possible.

Dickinson’s second season unapologetically explores Dickinson’s reluctance towards fame and recognition, and the price one pays when one gives into it. Of course, this story is a difficult one to tell given there isn’t much that is definitively known about Dickinson’s life, so the second season was able to take what is known and really bring in a new element of storytelling.

And with a new chapter of storytelling, there are a handful of new characters introduced into this realm of Dickinson’s world and life, including publisher/editor Samuel Bowles (played by Iron Fist’s Finn Jones). His part in the second season really propels Dickinson’s life in a variety of ways, leaving her perplexed and lost in what her next steps should be.

What particularly stands out about Dickinson season 2 is the focus on secondary characters. There is a significant shift in emphasis on characters like Lavinia (Anna Baryshinokov’s) and Sue (Ella Hunt) who have a deeper narrative this time around. Fans will enjoy seeing their individual lives, and more specifically, how Sue and Emily’s relationship has altered since the events of season 1.

Watching the second season really tugs at your heartstrings, especially knowing the fate of Dickinson’s work, and how long it would take for the world to relish in it. But season 2 makes you feel as if you have control over her fate, and you’re rooting, at times, for a different ending. It’s truly a strange conundrum that makes the second season a wonderful watch.

If you loved the first season, I can guarantee you’ll find the second season an equally enjoyable watch filled with more of Dickinson’s poetry and a larger tie-in to real-life events of the time. There is a lot to take in during season 2 but the pace is near perfect to enjoy every moment of it!

I give Dickinson’s second season a B+. 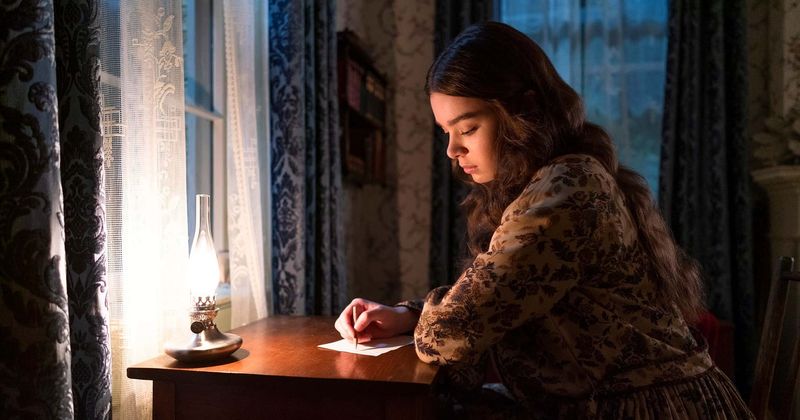