One Night in Miami is now streaming on Amazon Prime Video.

Actors going onto directing features often tends to fascinate me, a reason being that I like seeing whatever they might’ve learned from directors they’ve worked with and how they apply that to their own feature. In the case of One Night in Miami, I was very intrigued to see what Regina King would do behind the camera, having been most recently blown away by her phenomenal performance in the recent Watchmen, an absolute masterpiece of serialized storytelling.

To start off on a positive note, Regina King shows plenty of potential as a director, especially in regards to blocking and how she directs actors, which isn’t surprising given how talented of an actress she is. Kingsley Ben-Adir, Eli Goree, Aldis Hodge, and Leslie Odom Jr. all deliver great performances here, especially when watching them interact with one another in the second and third acts. And speaking of the third act, there are bits in the third act that show glimpses of a more engrossing film.

Unfortunately (and I assume this is partially due to the material to a fault), the structure is somewhat uneven. The first act in particular is far too expository to a fault, telling us so much about these characters that we already could gather from watching them interact with one another later on, thus making the first act completely pointless, and even hindering the momentum of the film overall. Even worse is how (and I hate to use this word again) stagnant the scenes of the four main players are. What should be thoroughly engrossing ends up being hugely dull. The film tries to really pick up steam by its third act, but by then, it’s far too late.

That said, this could just be a me-thing, as, like I’ve mentioned before, I am generally not very fond of film adaptations of stage productions in general (though there are exceptions), but either way, it brings me no pleasure to report that One Night in Miami simply did not work for me.

I give One Night in Miami a C+. 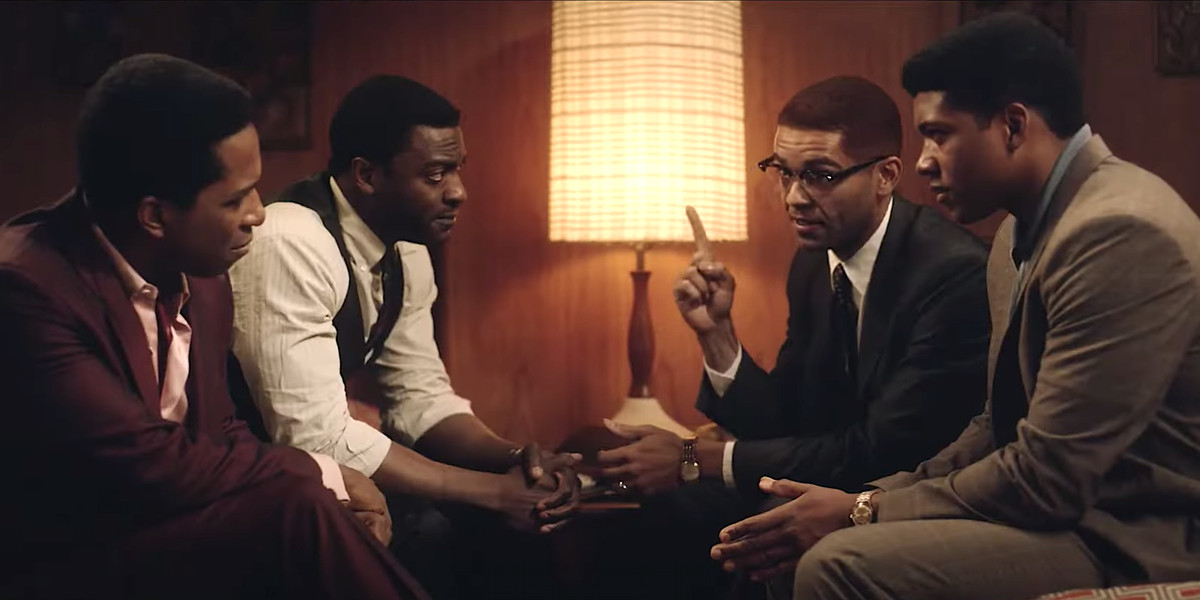