Judas and the Black Messiah is available to stream February 12 on HBO Max.

Judas and the Black Messiah is the truly bold and uncompromising film that rarely, if ever, gets made in the studio system these days. A film that is unafraid of challenging (and potentially upsetting) viewers, Shaka King’s sophomore feature is the kind of film you wish Hollywood would produce more often.

Whereas many filmmakers would’ve made a more generic biopic on Fred Hampton, King and co-writer Will Berson — along with The Lucas Brothers, who co-wrote the story — instead have the film mostly centered on Bill O’Neal and his infiltration of the Black Panther Party, from when he’s forced by the FBI to be their informant to the unfortunate downfall of Fred Hampton, which I’d argue is an incredibly bold choice, especially considering that Fred Hampton isn’t as well-known to people as he should be. As a whole, Judas and the Black Messiah is unapologetically political and wholly unafraid of being so, which I greatly admired and appreciated. The film also takes on an unconventional structure for a biopic, and while I certainly welcome the attempt to take on an unconventional structure for a biopic like this, I can’t deny that I’m ultimately somewhat mixed on the structure here, as I love the scenes individually more than the way the film flows.

Thankfully, King’s top notch direction manages to almost completely make up for that one issue I have with Judas and the Black Messiah, because even if I feel the structure affects the overall flow of the film, the scenes themselves are so engrossing and well crafted that it didn’t really bother me all that much. The filmmaking and staging on display are both incredible, whether it be Sean Bobbitt’s cinematography, Kristan Sprague’s editing, Sam Lisenco’s set design, Charlese Antoinette Jones’s costumes, or even just the way King directs actors and stages drama — it all adds up to such an engrossing and riveting experience.

However, where Judas and the Black Messiah really thrives is in the acting department. The entire ensemble is great, through there are two standouts in particular: Daniel Kaluuya and Lakeith Stanfield. Both of these actors have proven to be two of the most exciting actors of their generation, and their work here only proves that more. Kaluuya and Stanfield both turn in phenomenal, career-best performances as Fred Hampton and Bill O’Neal, respectively. Kaluuya perfectly embodies Fred Hampton, while Stanfield, in the less flashy but equally challenging role, fully captures Bill O’Neal’s inner conflict: On one hand, what Bill O’Neal did was morally wrong. On the other hand, however, he was forced by the FBI and had no choice. Did he really want to do this? Stanfield fully internalizes that conflict, in a way that is refreshingly low-key for a studio biopic.

Overall, Judas and the Black Messiah is the kind of film we need more of; the rare studio film centered on race relations and the Civil Rights movement that is completely unafraid of challenging and potentially alienating viewers, which alone makes it stand out from the crowd compared to other studio biopics. But even if you don’t factor in that aspect, Judas and the Black Messiah is still a fantastic film with two phenomenal performances, and I strongly recommend it.

I give Judas and the Black Messiah an A-. 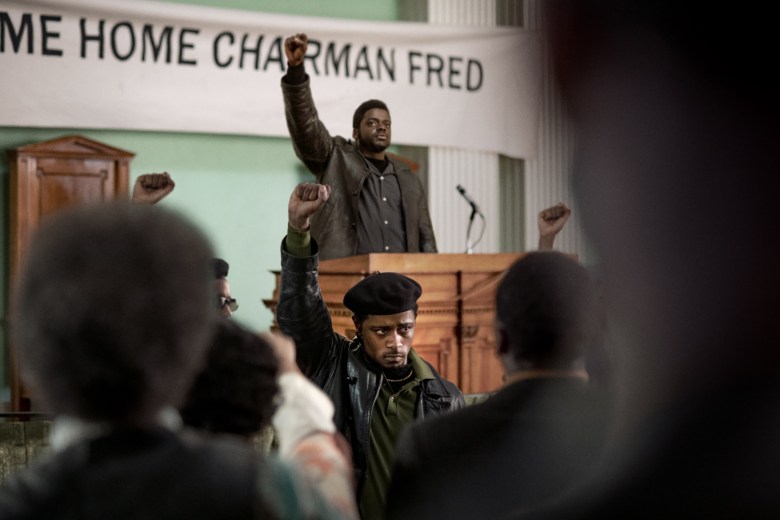