Cherry is available to stream on Apple TV+ on March 12.

I should probably start off by mentioning that I am not a fan of the Russo Brothers in the slightest, and even consider their respective Marvel joints to be among the lower end of the franchise. Their work on Community (which is somehow far more cinematic than any of the films they’ve done) aside, they completely lack any personality or presence as directors, let alone struggle at basic things such as blocking, framing, staging, and visual composition as a whole in and of itself, and even their direction of actors leaves much to be desired. They prioritize intense over-plotting over everything else, which makes their films feel so bland, generic, and workmanlike. While You, Me and Dupree is the worst film they’ve done up until this point, I think that, contrary to popular opinion, Captain America: The Winter Soldier is especially horrible out of their four MCU joints, and is also hugely responsible for many recurring problems with nearly every single MCU installment to come since then.

That said, I also think it’s generally unfair to judge a filmmaker solely based on any franchise films they’ve done, as filmmakers are often given very little space to be creative on tentpoles. This is especially applicable to the Marvel Cinematic Universe, a franchise overseen by a businessman who has pure apathy for art and artists alike. Kevin Feige loves to hire respected and/or up-and-coming indie filmmakers purely for their clout, only to attempt stifling nearly every single bit of these filmmakers’ core sensibilities that cause them to resonate with viewers the way they do. So, despite my general apathy towards the Russo Brothers and finding the marketing for the film to be pure garbage, I was ultimately willing to give Cherry a chance considering that this would be their film. Here is their chance to prove themselves, as there’s no Kevin Feige attempting to get in their way this time. This is 100% their realized vision, that they brought to the screen as both directors and producers, with no mega corporation there to get in their way, so if the film sucks, it’s very much their fault.

Now that I’ve finally seen Cherry, I can confidently say that my initial suspicions were correct: the Russo Brothers are absolutely abysmal filmmakers, as their latest film is also their worst film to date. A film that shamelessly apes Goodfellas akin to how the utterly atrocious Joker shamelessly aped Taxi Driver and The King of Comedy, it feels very apt to call Cherry this year’s The Book of Henry, and honestly, I much prefer The Book of Henry over Cherry.

As I’ve mentioned above, the Russo Brothers are abysmal filmmakers, and I am not exaggerating when I say that Cherry is one of the absolute worst-directed films I’ve ever seen. While it surely doesn’t help that they’re working with an abomination of a script, their direction amplifies all of the script’s issues — whether it be the horrible dialogue, the tone-deaf depiction of addiction, or the abhorrent, Scorsese-wannabe narration — a great deal. I’m not kidding when I say that I’ve seen student films with far more cinematic production quality than Cherry. Every single stylistic choice is utterly inept, whether it be the atrocious blocking, framing, color grading, staging, and editing, the hilariously awful aspect ratio changes, or the utterly abominable needle-drops. Even Henry Jackman’s score is terrible, with the final piece of music being one of the most overbearing pieces of original music I have ever heard in any film. It is a film that reeks of insincerity and pretension, desperately wanting to be taken seriously for how “edgy” it sees itself as. It’s straight up laughable from top to bottom, and believe me when I say that you feel every second of those 140 minutes.

Even worse is how the direction and material substantially harm the performances. I like Tom Holland and thought he was especially fantastic in The Devil All the Time, but he is very much miscast in Cherry. While he plays a tough character in both of these films, the difference is that with The Devil All the Time, Holland was playing a character who started off relatively decent, only to be pushed into becoming more hardened by the deaths of his parents and sister. With Cherry, however, he’s playing a character who is supposed to be deranged, and you just don’t buy him in the role at all. Ciara Bravo fares slightly better, in that she at least could probably capture the innocence of her character with a better script and stronger direction, but she still ends up being miscast here. There are actually multiple good actors in this cast, but you’d never know it from watching the film.

If there’s anything else to say about Cherry, it further proves that the Russo Brothers ultimately have absolutely nothing to say as filmmakers. Instead, they’re hacks who are in Hollywood to pick up paycheck after paycheck, and that is the last thing I want to see in a filmmaker. In the end, Cherry solidifies the Russo Brothers as corporate yes-men who will only find commercial success on films that have a Marvel logo in front of them. It’s only February, and we already have a strong contender for the worst film of the year.

I give Cherry a f. 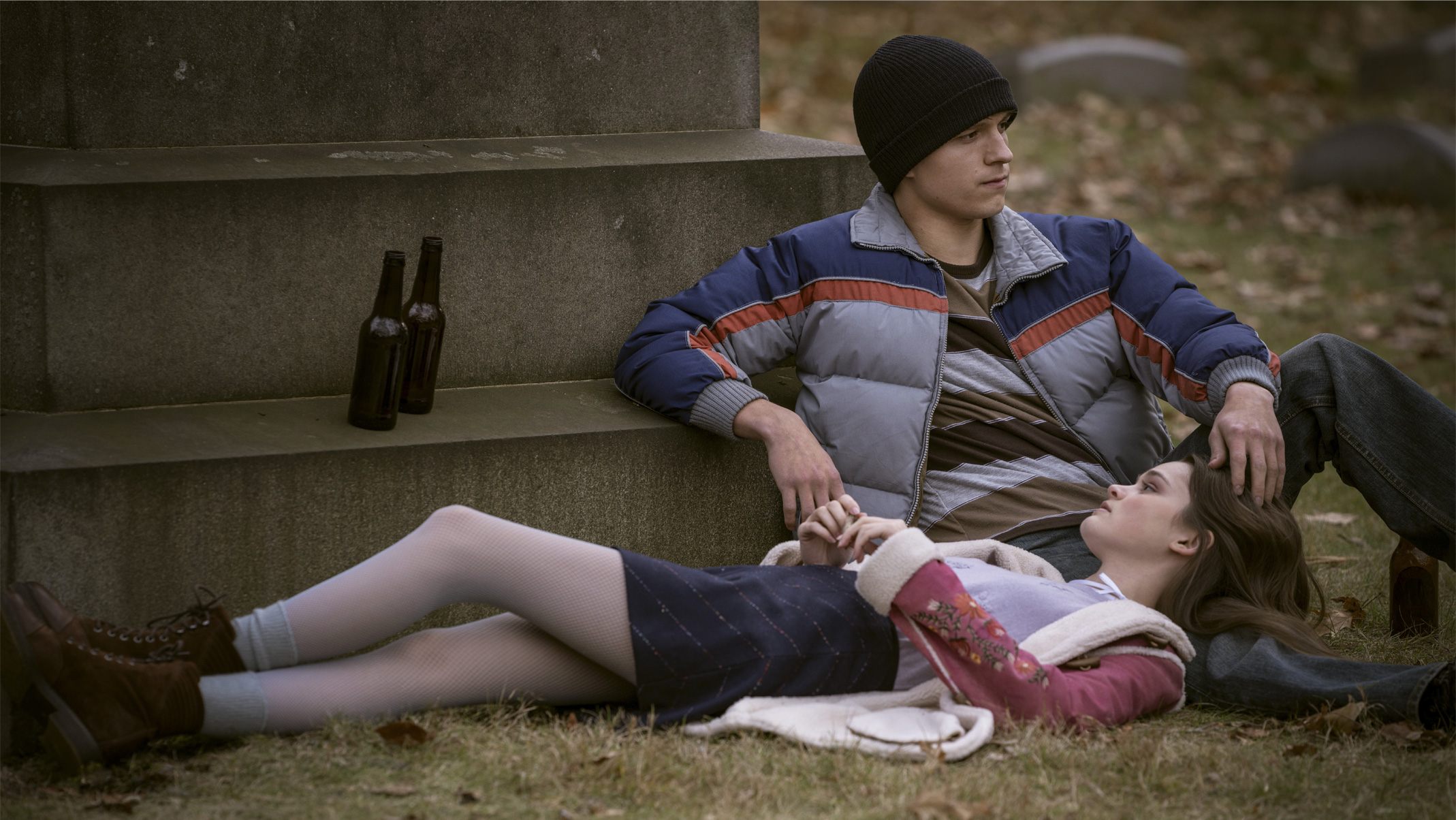