Atypical returns for a fourth and final season, July 9 on Netflix.

Atypical says goodbye after a four-season run which followed the story of an autistic teenager, Sam Gardner (Keir Gilchrist) as he navigated life’s ups and downs. The final season, given to critics to review, was exactly the kind of farewell fans will love and adore.

Admittedly there are parts of the final season that we can do without, mainly those drawn-out awkward scenes with Zahid (Nik Dodani), but even those have a charm about them sometimes. This series has been deliberate and intentional with how they’ve crafted Sam’s story and journey, and it pays off in the fourth and final season.

We’ve seen how Sam has grown despite the odds being against him at times so watching it all come together in a beautiful manner truly tugged at my heartstrings. It gave me the feeling I’d imagine one feels when they watch their loved one grow up to be successful and independent, even when it seemed impossible at times.

This season, in particular, goes above and beyond to not only wrap up Sam’s story, but to give us closure with all of the secondary characters. It also takes some time out to reflect on topics pertaining to mental health including anxiety specifically involving Sam’s younger sister, Casey (Brigette Lundy-Paine) who felt the rigors of her future weighing down on her. There’s a beautiful moment of epiphany with Casey that I felt Atypical did such a phenomenal job with, which I won’t disclose here, but I urge you all to keep an eye on it. It’s a moment many of us can relate to and a position we all have been in.

The series concludes on such a beautiful note giving Sam exactly the type of ending we envisioned all this time. The writers of Atypical did a marvelous job with Sam from start to finish, and the subtle nuances that we came to know about him came full circle by the series’ end.

Whether or not you can relate to Sam’s plight, journey, or medical diagnosis, Atypical is the type of show that will reel you into its simplicity and its complexities. The manner in which it is written and filmed, you feel as if you are a part of the show, listening and talking to the characters as they share their lives with us.

I will miss this show greatly and am sad now that it has completed its run. However, good shows know when to end and walk away, and it was due time for Sam to move on and explore the unknown and beyond.

Atypical, you will be missed!

I give Atypical’s final season a B+. 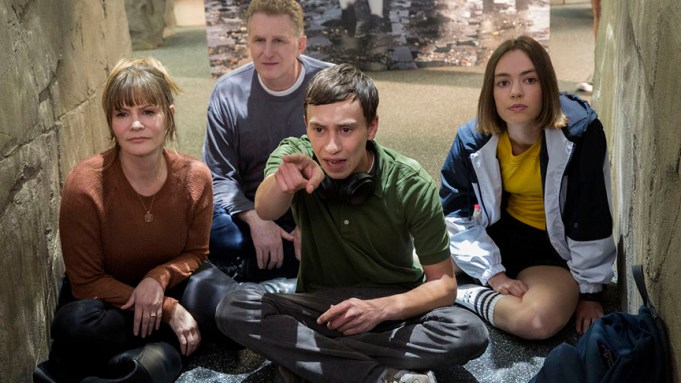