There’s something alluring about stories set in small towns during the summer. Maybe it’s the general sense of idleness that the summer heat brings when the sun rolls past the late spring rain. It’s a feeling that’s easy to capture on camera and Sean Baker does it superbly in his latest film, Red Rocket. For those unfamiliar with Baker’s other works, they tend to focus on what “polite society” would refer to as the dregs, whether they are Hollywood sex-workers as seen in Baker’s breakout film, Tangerine (which may not have been so notable for its plot than for the fact that it was shot on three iPhone 5s smartphones) or borderline homeless people living under the shadow of “the Happiest place on Earth” in The Florida Project, the movie that nabbed Willem Dafoe a best supporting actor nomination at the 2018 Oscars. In Red Rocket, Baker takes us to a new spot away from popular American landmarks like Hollywood and Disney World to a sleepier location, Texas City, Texas circa 2016 where the entire plot is centered. Our protagonist is Mikey Saber, a washed-up porn star who left Texas City in the late 90s to make it big in the adult film industry only to come back for reasons that aren’t entirely clear given Mikey’s huckster nature. Upon his return home, he immediately heads to the home of his estranged wife and mother-in-law, neither of whom are pleased to see him back but reluctantly agree to rent him the sofa to sleep on. To make ends meet and pay the rent money, Mikey takes a job dealing marijuana and after making enough money, he takes his wife and mother-in-law to a local donut shop to celebrate which is where the movie really begins to take off. At the donut shop, he meets a 17-year-old girl named Strawberry and the two begin a relationship that despite Texas laws of consent would be considered pedophilic, with Mikey grooming the girl to one day become the next big thing in the porn industry.

What makes the film standout to many is the casting of Simon Rex, a relic of MTV’s VJ days and an ex-model and adult film actor himself and Baker is aware of this in Mikey’s behavior. He’s not a sloven or overtly sleazy guy like the stereotypical porn stars of the 70s and 80s (see: Ron Jeremy), instead Mikey is in peak physical shape, a guy who could have been a model at one point. By making this casting decision, it’s perfectly understandable why a 17-year-old girl would want to keep interacting with an older man, she could have hung his picture up in her room and Strawberry actively encourages Mikey’s advances as a modern-day Lolita. She flirts back, laughs at his jokes, and eagerly smokes Mikey’s weed all the while listening with that teenage fascination about the adult film world.

I think that my biggest critiques about the movie is the fact that there was a lack of payoff to anything that happened. I wouldn’t delve into the spoilers of the plot but a recurring event that looms large over Texas City in 2016 is the presidential election and more broadly, Donald Trump. We see a MAGA billboard on the highway and Baker shows Trump’s RNC speech on television while letting Mikey namedrop Republican boogey-gang MS-13 as if to highlight the looming threat of the changing times that caused Texas City to become a forgotten spot on the map. Yet, with all the undertones of politics, Baker never actually does anything other than what a number of movies and TV shows have done lately, which is take recent current events and reference them in the stories to sort of say “remember this?” and the viewer goes “Of course I do, I lived through these events.” My other problem, which could be a more personal attitude is the discomfort I felt while watching Mikey prey on Strawberry. To watch a fully grown man take a young girl and turn her on to the idea of being a porn star gave me a sick feeling, especially with the levels of human trafficking, rape and drug abuse that takes place in such a depraved industry. But maybe that’s the point? We’re not supposed to root for the washed-up porn star as he returns unwanted to a town that has other things on its mind. But it’s for this reason that I wouldn’t recommend this movie and why I didn’t enjoy it but that being said, Baker’s filmmaking technique was certainly impressive like a red rocket shooting to the stars before fizzling out quickly. 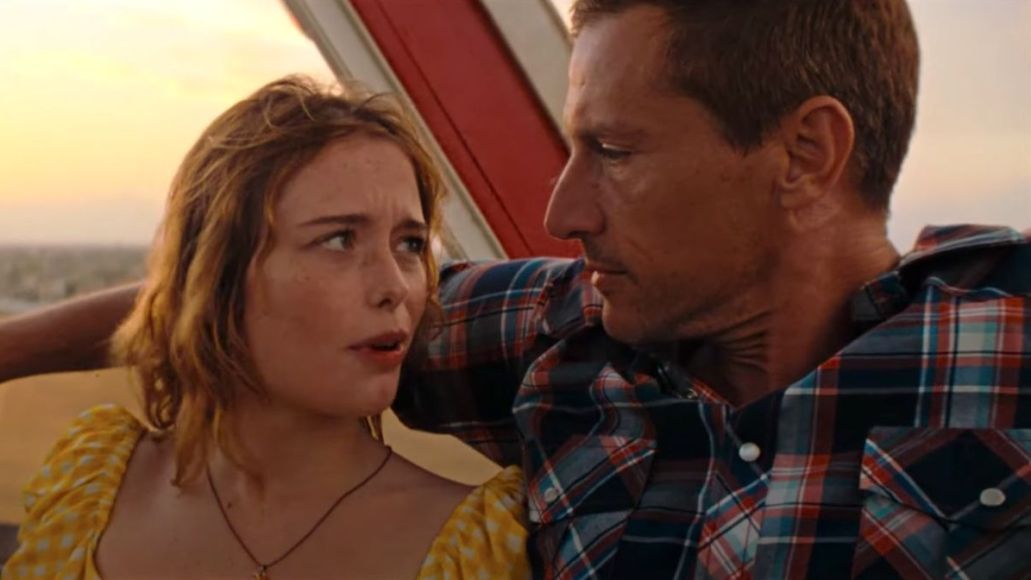