The Power of the Dog is now streaming on Netflix.

A veritable rush of cattle are driven across the plain. Every cowhand going after them and keeping them in place is the sheer spectacle of manhood: coated in their own filth, launching insults at one another, domineering and constantly trying to take power. The worst of them all is Phil Burbank, as if Ebenezer Scrooge was crossed with Howdy Doody. He’s vicious to everyone around him, is unhygienic to the point of scaring even his own cowhands, and seems to have not a shred of decency inside of him. It’s a shame, then, that Benedict Cumberbatch so rarely gets to demonstrate what a phenomenal actor he can be when the material makes him play so against type like this. It helps that this takes place in 1925, long after the heyday of the cowboy and the stories they’re set in. This is a Western with cars and electric lights and most modern conveniences we know, and it adds a surreal edge to watch a cowboy drive a Model-T.

The Power of the Dog is the first film by Academy Award and Palm D’Or winner Jane Campion in over a decade. She’s a filmmaker I’m familiar with by name, but not someone who I’ve ever seen a film by before. I deeply regret that blind spot and I’ll be working to rectify that mistake as soon as possible. It’s one of a growing set of films that takes the Western down a few notches and dispenses with the mythology. The actual cowboys of myth were just as mundane and dull as the ones we see here, and a lot of that mundanity is by design. You get so used to the same iconography that you’ll get genuinely surprised when Cumberbatch shows up to a fancy dinner party in his stinkiest attire, horrifying all of his well-to-do guests. Cowboys have never inspired this much outright revulsion before.

The stability of his life is found in his brother George, played by the always-excellent Jesse Plemons. He’s having a fantastic run right now: last year, he brought everything he had to Charlie Kaufman’s masterful I’m Thinking About Ending Things and he’s the lead in Martin Scorsese’s next picture. George Burbank is passive and kind compared to Phil’s active abuse. Phil outright encourages his cowhands to mock George for his weight, yet he can’t sleep unless George is in the twin bed next to him and shows softness when they’re alone. This is hardly a defense of Phil, a nearly irredeemable man, but it highlights that beneath the bluster, he’s a scared child who uses George as a living safety blanket. George had greater aspirations once, but his professional failures were cushioned by his and Phil’s parents being unbelievably wealthy and providing their old family home and ranching business to them to move East. Not a single bit of Phil’s bravado is earned and only George knows it. This tension seems to have built up for years between them, until George does something spontaneous which will send Phil over the edge: he dares to fall in love.

That someone is Kirsten Dunst, long shafted from the silver screen and unfairly blamed for the bad reputation of a decade-plus-old Spider-Man film. Most unfairly, she became the unintentional originator of the term “manic pixie dream girl,” a passive but quirky and childlike cis woman who exists only to validate a depressed cis man. The film that started this trend was Cameron Crowe’s Elizabethtown, and it’s atrocious, but it’s hardly her fault that it’s a stinker. Dunst has spent her entire career being undervalued as an actor and elevating every part she’s given, and she’s finally given a chance to fully show the range she’s always had. If Cumberbatch and Plemons are excellent, she’s on another level here, and if there is a higher power, it better let her have a Brendan Fraser-style comeback and a collective apology from the industry that sabotaged her career. Dunst is playing a role that would be “thankless wife” in other lesser Westerns, but neither she nor Campion are interested in playing out the same beats. Rose is not given much agency or autonomy by design, being a cis white woman in the Montana of 1925 only helps her to some degree. Her marriage to George requires her to abandon the hotel she’d been running and dedicate all of her energies to protecting the only good thing she has left: her son Peter. Kodi Smit-McPhee (having played a nearly identical character in Slow West a few years ago) plays Peter as the exact kind of person Phil despises the most: effeminate and possibly neurodivergent, making flowers out of paper scraps and, worst of all to him, seeming to genuinely love his mother. In spite of the toxicity surrounding this film, Rose and Peter probably have the most loving and healthy relationship you’ve seen in a film in quite some time. It’s a little formal, since Peter only calls her by her first name, but these scenes of quiet sensitivity are there to contrast all of Phil.

So Phil, already having gotten on their bad sides by burning Peter’s paper flowers, begins to fixate on psychologically breaking both of them to have his brother back. Of course, this is not the entire film, and it begins to quietly unpack Phil on a molecular level, laying him bare to each and every one of us. It must be known, though, that Campion has absolutely no interest in the typical stories of flawed men, where they’re able to redeem themselves after being visited by three Christmas ghosts. Phil is a Scrooge that will have his Christmas nightmares play out a bit more directly than in dreams. But the interplay between the four of them is what drives the film, as each tries to get an edge over the other as the Great Depression looms in the distance. The cowboy is on the way out, and either Phil or Peter will be the future of man.

It is interesting, though, to see how closely Campion skews to the plot and mechanics of a Western while very rarely going to scenes of restorative violence that tend to define them. I’m hardly saying I’m above this, show me a Sergio Leone and I’m all in. The violence that breaks out is never heroic, and it’s worth mentioning to those who would be put off by such that its main scene of violence is a protracted depiction of animal abuse that isn’t graphic but definitely put me off a bit. I still feel as though I need a second watch to really dig into what it’s trying to say, how it increasingly lays such subtle Chekhov’s Guns that a little of little details that initially can be confusing come back into play. It’s not an easy watch, it’s not a pleasant watch, it’s not one I’d watch if you’re in the mood for something happy. But it’s a master of the craft returning with a vengeance, with a cast that gives every inch they have to play out her tragic drama. And if it helps revitalize Dunst’s career, then it will be well worth existing just for that. Helps that there’s not a single weak performance in the bunch. 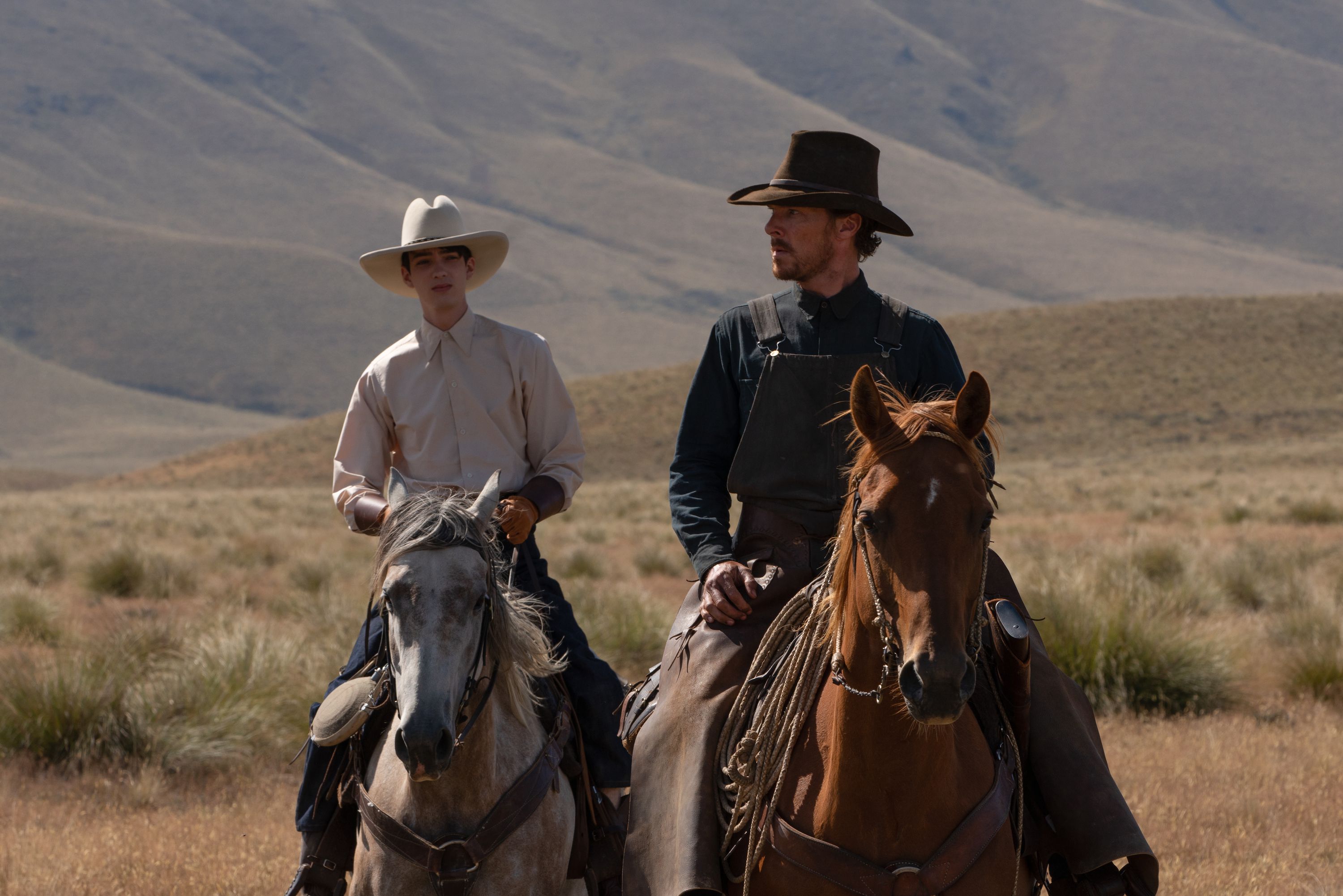