“This is a worst case scenario!” shouts Elliott in the series finale of Search Party. Unfortunately, he may as well be referring to this season as a whole. One of the best comedies in recent years concludes with a huge misfire all around.

Search Party has always been a show that seemed like it couldn’t continue past its intial premise, yet the series kept finding creative ways to reinvent itself. What started out as a satire of millennial and urbanite privilege told through the search for a missing person became a murder investigation thriller in its next season, and court trial in the one after. Then in season four, Dory, the show’s main character was the missing person, which flipped the original concept on its head. All throughout these many incarnations, the show managed to remain engaging and hilarious – two equally important characteristics of a show like this.

It’s hard to talk about why the final season is such an airball without spoiling some of the story details. Without giving too much away, a reborn Dory starts something akin to a cult, with the stated purpose of spreading “enlightenment” to the whole human race. A cool idea in theory that is enacted as pure camp. Search Party was always ridiculous and over the top, but never “let’s journey to the center of the Earth and adopt a creepy synthetically created child” level of off the rails. Both of those are actual plotlines in this last batch of episodes.

And the final twists… yikes. The series finale and what immediately proceeds it is a show that is so unrecognizable. Some fans might be game for all this and appreciate the writer’s room’s commitment to throwing caution to the wind. Most, I fear, will think the tonal shift and plot are absolutely idiotic.

The cast is still very talented, but the unexpected path the final season of Search Party takes means that they get very few character-driven moments that made recent seasons so great. That is to say that the characters are still true to themselves and act like they would in the unlikely situation they now find themselves in, but the nature of the story does not allow for quiet, introspective acting like the show has done in the past. The humor too, is a bit much this season, and only works because of how good these actors are. I sincerely hope they have fruitful careers now that Search Party has come to an end.

While the season is very disappointing, it must be commended for containing some genuinely terrifying moments. While the story won’t grip you like classic Search Party did, those paying attention are in for a ride. There’s some really disturbing imagery and throughout this season.

Unfortunately, a couple of impressive jump scares and Jeff Goldblum guest starring can’t save this bonkers bad conclusion to what was until now one of the best comedies of the 2010s. Sayonara Search Party, you should have ended one season earlier.

I give Search Party Season 5 a C-. 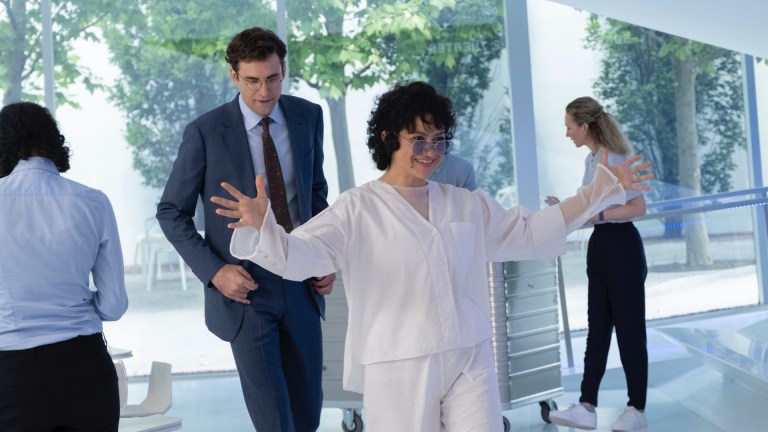