We’ve now reached the point where the Disney behemoth is so large, it can afford to take the piss out of itself (mostly by accident) and not worry too much. Case in point: a reboot of a 1980s cartoon that is one half Roger Rabbit, one half Bojack Horseman, and (unfortunately) a lot better than it has any right to be. What helps is that this is the latest project from 2/3rds of The Lonely Island (Jorma Taccone is not involved) with Akiva Schaffer directing and Andy Samberg in the leading role. If you ever wanted to watch classic Disney characters engage in the same bugged-out wacko humor as Hot Rod in (mostly) family friendly formats, this is the film for you.

Like Roger Rabbit, it’s a meta story of its characters being actors playing themselves for the amusement of human beings, forced to solve a mystery of toons being victimized and kidnapped. The two chipmunks once had their own show, it got canceled, and both have faded into obscurity. One became an insurance salesman, the other now makes a living selling photos and autographs at cons like many a celeb gone to seed. Their mutual friend Monterey Jack is kidnapped, they’re on the case, and that’s all you need to bring them back together. What Chip ‘n Dale does do pretty well is lean into the concept of CGI being really off-putting when not utilized well, to the point where one of the chipmunks is rendered in CGI thanks to an in-universe surgery akin to Botox or veneers. Multiple characters are described as having “Polar Express eyes” (complete with a running gag of CGI characters being unable to show when they’re looking at someone), there’s a lot of humor mined from this. It also helps that Samberg and a very game John Mulaney have good chemistry together, even if it is painfully obvious the two never recorded their lines in the same room together. It mostly works, if you like one or both of them, this is still head and shoulders above the other chipmunk cartoon (which this film repeatedly mocks as the nadir of all animation). If anything, it ends up being the best version of that wave of CGI cartoon adaptations by default. The Smurfs or Marmaduke this is not, even if it has the same format many of those films have, often to an exacting level of detail. If it does one universally good thing, it’s putting the final nail in that coffin so there will never (hopefully) be another live-action Garfield movie.

Where the film falters are in places that it feels like Schaffer and Samberg had very little control, and that shows even more. Two impulses run through the film that make it genuinely bizarre in ways most studio films aren’t allowed to be these days: the first is Schaffer and Samberg’s visible disgust for reboots, franchises, all the things that are Disney’s bread and butter. The second is the sideplot that ends up overshadowing the rest of the film, so awkwardly placed that I am certain (without being able to prove it) that this was some sort of studio mandate: the choice to have the villain of this film be the “bootleg” versions of other Disney properties. It’s not a spoiler to say that the ‘munks are up against a “bootlegger” who kidnaps characters and forces them to star in ripoffs of classic Disney tales. This is meant to be sort of a weird combo of both those cheap animated films meant to trick customers into buying them as well as sort of a half-assed jab at fanfiction writers. This does not even remotely fit, considering how before this weird segue, the film is making a very corny analogue for drug use in a product known as Stinky Cheese. If this sounds really off-putting and confusing, it really is. It goes from this clunky but serviceable parody of drug use into this weird tangent about how fanfiction is the devil and how Disney are the only ones who should be allowed to make stories about public domain fairytales. To Schaffer and Samberg’s credit (as well as the two credited writers, Dan Gregor and Doug Mand), they try to accommodate this as best they can (the funniest is a Lady and the Tramp ripoff called “Spaghetti Dogs”), but it still gives the film this really bitter and vicious undercurrent that does not click with The Lonely Island’s brand of humor. It’s clear there’s some visible discomfort with making the film a polemic about something that just does not meaningfully matter to anyone except for paranoid executives. It feels like the entertainment equivalent of people who complain about Starbucks because their seasonal coffee cups are non-denominational instead of, you know, their union busting and human rights violations. And this eventually overshadows the film to a point that felt really uncomfortable to watch as Schaffer and Samberg stretch themselves thinner and thinner trying to take this mandate and make it feasible. It really, simply, does not even remotely work. The film also contradicts itself in both having Chip and Dale alternatively express meta excitement towards their own reboot, and then having this film’s villain (who I will not spoil) then express interest in his own reboot with them. Despite the near constant series of jokes about how godawful Disney’s live-action reboots have been (Jon Favreau’s The Jungle Book gets the bulk of these, complete with the live-action Baloo being portrayed here as a shallow, vapid influencer), the film then seems forced at random to directly compare itself to those abominations despite being far better by default. One can only imagine Bob Iger or Bob Chapek or somebody realized what it was actually trying to do and then inserted all the weird fanfiction jokes as a way to counter it.

And that’s a huge shame, because when it works, it works. There’s a fantastic gag about a literal Uncanny Valley as a realm within Toontown, and it’s able to compensate for its terrible CGI by making its terrible CGI the literal point of the film. It feels like two movies fighting against each other, a genuine creative statement about only being able to express yourself in the limited realm of franchise self-starters. Chip and Dale feel picked out arbitrarily, this could’ve easily been a live-action Scrooge McDuck film as far as things go. Every good thing about it is directly because of The Lonely Island’s involvement. This makes it a fascinating and very flawed thing to watch, and maybe a timestamp of the current environment we’re in. A scene featuring every one of Seth Rogen’s animated characters all meeting each other at the exact same time is played for laughs but ends up being the most disturbing goddamn thing I’ve seen all year. If it illustrates anything, it’s how scared and terrified Disney seems to be of losing their massive behemoth to make this film (relegated to Disney Plus with no theatrical release last minute) where the entire story devolves into a series of tirades and self-insert rants about how only Disney should be allowed to make anything. Anyone other than Disney adapting a public domain story will only mutilate it and destroy it, and that is the on-paper message of this film despite how clearly the creative minds behind it don’t want it to be. Something feels very wrong at the House of Mouse. And yet, completely by accident, the best Disney release in years is the film they clearly care the least about. One film made by them dared to insult their bread and butter even slightly, and it got punished for it.

So I’ll say this: make new versions of Cinderella. Make a new Sleeping Beauty. Get a Snow White adaptation out there. Twist and turn and distort any way you damn can. That’s what the public domain is for.

I can’t think of a meaningful rating for Chip ‘n Dale: Rescue Rangers because of how damn inconsistent it is, but it’s worth a watch if A) you like The Lonely Island and B) if you want to watch a really fascinating if flawed cultural object try and sometimes succeed in commentating on the studio it belongs to. 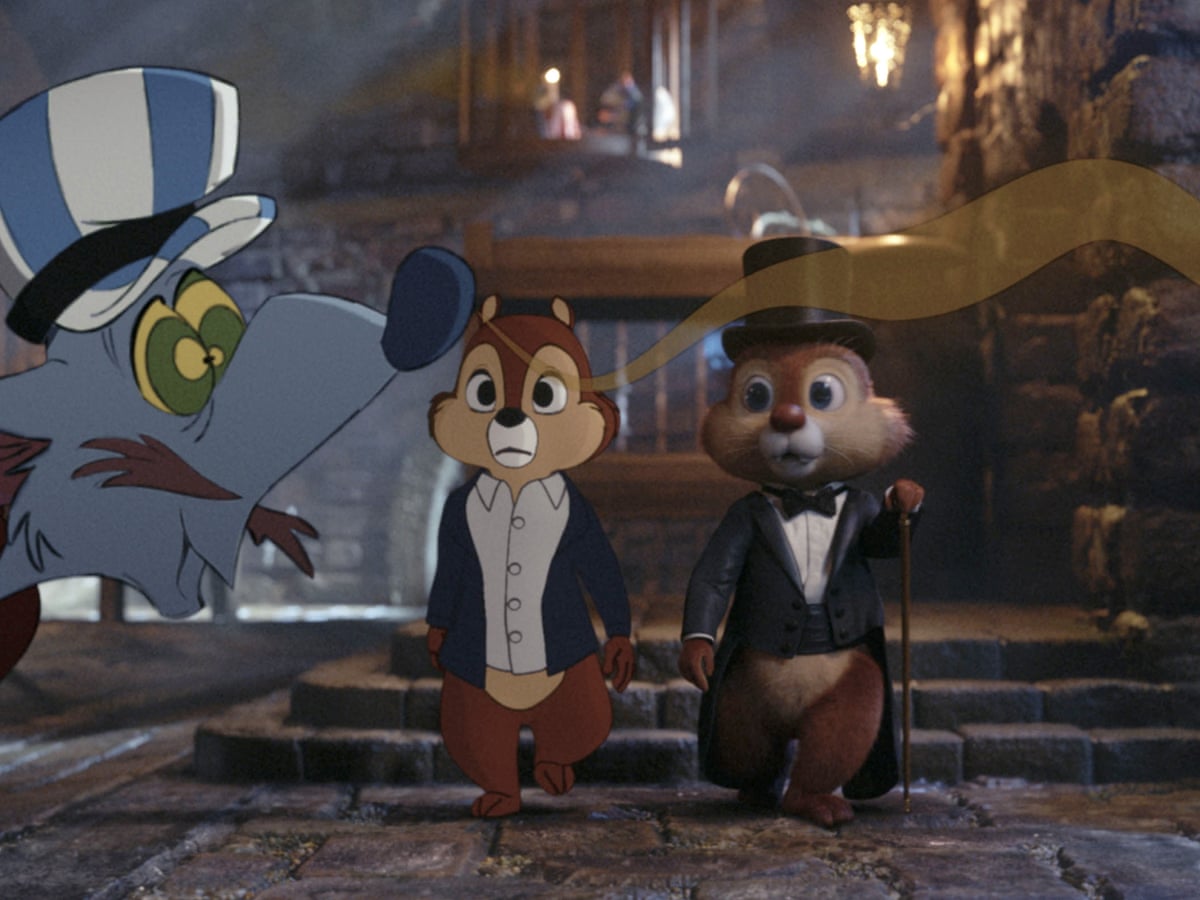