Marcel the Shell with Shoes On is in select theaters on June 24.

“You got a movie like Avatar: The Way of Water coming out in a few months, a movie that’s been over a decade in the making,” a friend texted me the other week. “And you’re excited about Marcel the damn Shell?!”

A fair point, to be sure. In a culture where the Top Gun: Mavericks of the world are the topic of watercooler conversation, is there any room for A24’s charming semi-animated mockumentary about a miniature tween seashell with footwear? Well, I certainly hope so, because after catching an early screening of the film, I can confirm that watching this movie will make your heart grow three sizes.

Voiced by the hilarious Jenny Slate, Marcel is a young boy shell who lives with his grandma (also a shell, obviously) in an Airbnb that hosts a rotating door of human visitors. It’s a fine life, if not a rote one. But we soon find that Marcel’s positive attitude and constant optimism mask the hole left behind when his parents, siblings, and community disappeared in a mysterious accident. With the help of Dan, a documentary filmmaker staying in the house, they set out to find Marcel’s family.

If you’ve never seen the 2010 YouTube video that preceded this feature-length picture, no worries. Just let yourself be sucked into the delightful world that the filmmakers have created. Marcel is the most likable protagonist in recent memory; Slate has perfect comedic timing for his quippy one-liners and her squeaky voice lends the character exactly the right tone for his glass-half-full approach to life. After a while, you actually start to view Marcel as a real person.

The creativity here is off the charts. Beyond the adorable character designs, the way that Marcel utilizes household objects, like tennis balls, twine, and kitchen mixers to complete tasks he couldn’t otherwise do is nothing short of genius. The film also packs an incredible amount of heart into a brisk hour and a half runtime. The relationship Marcel has with his nana Connie, and where that takes both of the characters will have reaching for the nearest tissue box. For a shell, this little guy has some beautiful ruminations on what it means to be human

I don’t want to give away too many of the surprises, like if Marcel ever ventures outside the four walls he’s grown up in, or the throwaway joke that pays off with a third act cameo, so get your butt to the theater and support this movie. Audiences should reward films that take swings like this, because they don’t come often enough.

I give Marcel the Shell with Shoes On an A-. 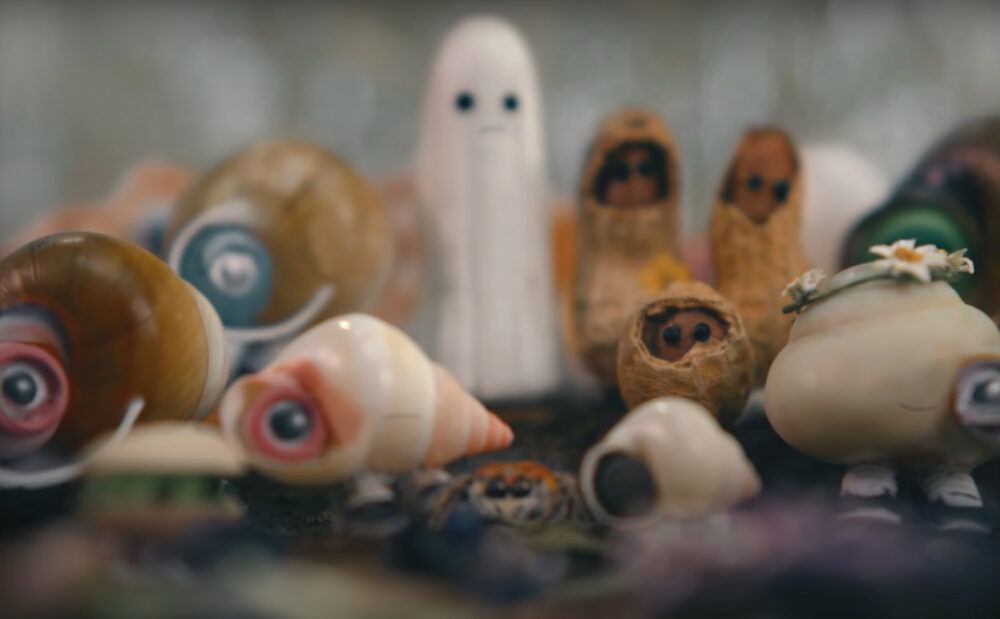