As a child of the 70s, I wanted to see Two Jews, Talking to watch Hal Linden (of Barney Miller fame) and Bernie Koppel (Doc on “The Love Boat”) perform live. It turned out that was pretty much the only reason to see the show.

While the actors are good, and deliver the jokes that make up most of the 90 minute performance well, they are not provided with rich material. Written by Ed. Weinberger, the banter between the two men is full of cliches and tropes, both about Jews and about old men. There was some interesting debate about belief in God, and I certainly did laugh at some of the jokes, but overall this was a lackluster production.

Act I is a conversation between two Jews after the Exodus from Egypt and during the 40 years of the Jews wandering in the desert. Act II takes place in the present day. While each actor portrays a similar type of character in each of the acts there was no connection between the sections. Each was really its own stand-alone vignette.

Towards the very end of the play, there was a bit of emotional reflection about aging and loss that was moving and made the characters more relatable. But overall, I unfortunately didn’t come away caring about them all that much.

It was good to experience Linden and Koppel as vibrant actors, still going strong and carrying this play solo. It’s too bad there aren’t more reasons to recommend the show.

Two Jews, Talking is now playing at the Theater at St. Clements. Tickets are available HERE. 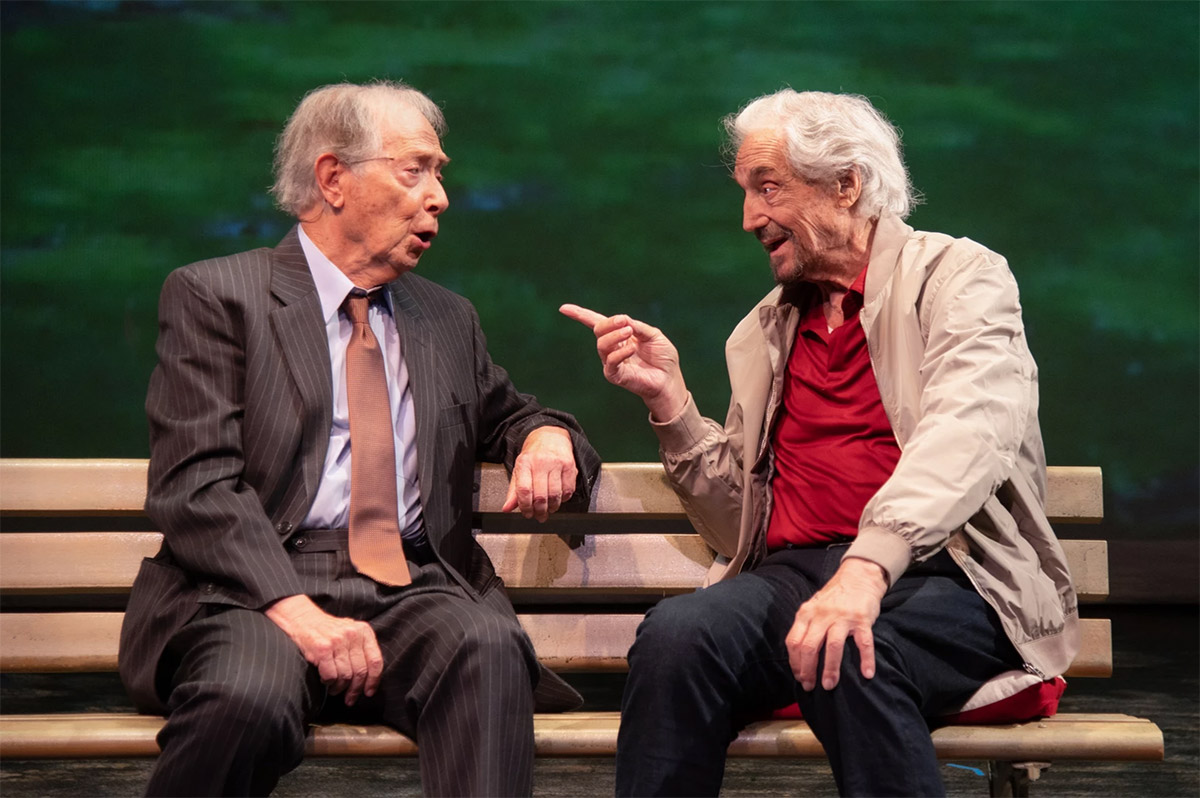