Nick Kroll started out in stand up comedy, but isn’t necessarily known for that skill set. Instead, the comic made a career out of sketch work and hilarious stints on show’s like FX’s (much missed) The League and Oh, Hello on Broadway. Kroll also shines this month in a supporting role in Don’t Worry Darling. There’s no doubt about it – the man is talented. But can that prowess translate to an hour of storytelling in the traditional comedy special sense? Thankfully, it absolutely can. Kroll’s first stand up special in a decade is a marvel.

The material Kroll delivers to the crowd is rich. He kids that we’re getting “the real Nicky K,” but there is a lot of truth to that quip. The topics covered in these sixty minutes are deeply personal: breakups, self-loathing, fractured familial relationships, and more. Kroll mines it all for giggles. In a genius way, he’s letting us laugh at him, while still holding up a mirror to viewers because we know how much of the brutal material applies to us as well. Even if you aren’t an eczema covered Jewish kid from Long Island, a lot of Nick’s stories are universal.

Kroll is the king of callbacks, a trick he has used quite often in his Netflix animated hit Big Mouth. He’ll plant the seeds of a great joke, and return to pluck it tens of minutes later in such a skillful way. If an accent appears in the first half of this special that seems out of place, rest assured it will all make sense in the end. The guy has great pacing and delivery, all the bits feel brisk but not too short. Stories don’t overstay their welcome either. All in all, Kroll’s return to stand-up is a welcome one and fans will be clamoring for more.

I give Nick Kroll: Little Big Boy an A-. 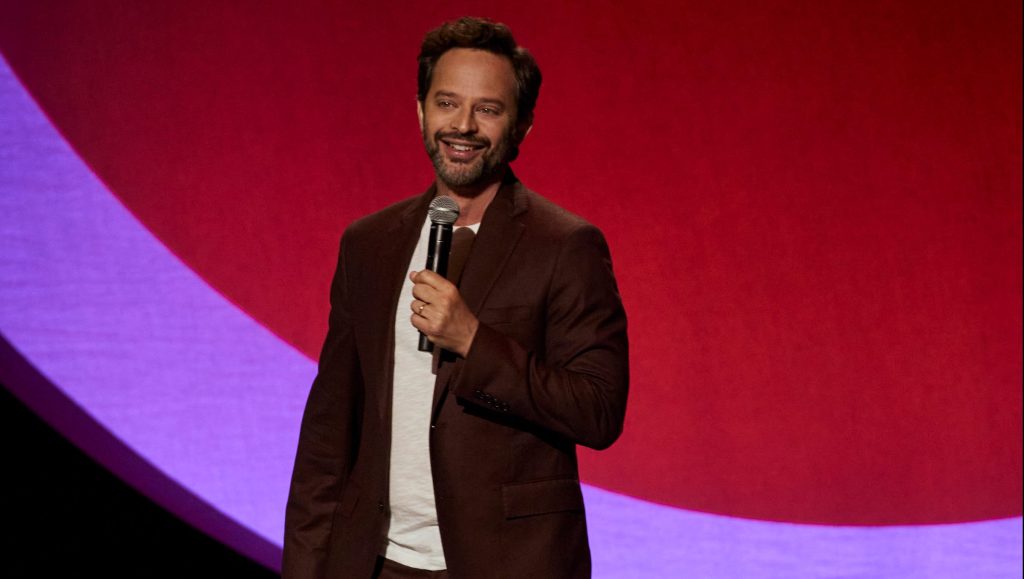