Sesame Street: The Musical will play at Theatre Row through November 27.

Sunny days on 42nd Street are sweeping the fall clouds away here in New York City thanks to a joyous new off-Broadway production perfect for families. Sesame Street: The Musical takes your favorite muppets and brings them from screen to stage as Elmo, Abby, Cookie Monster, Oscar, Ernie, Bert, and many more attempt to put on their very own Broadway show.

The storyline is meta in a way that feels true to these beloved characters’ Jim Henson roots but simple and elementary enough that no child in the audience will be left behind. Ultimately though, the thin plot is just an excuse for the characters to jump from one musical number to the other. Patrons will be treated to classics like “Rubber Duckie” and “C is for Cookie” but also deeper cuts like “Fuzzy and Blue.” “I Love Trash” is the highlight of the hour runtime, featuring updated lyrics that are sure to elicit big laughs. There are a few original songs thrown in for good measure, but they pale in comparison to the mainstays of Sesame Street ditties.

Sesame Street has always been the perfect example of a property made for and aimed at children that parents won’t mind sitting through. Clever wordplay and pop culture references that would fly over the heads of toddlers are there for adults to chuckle at. Or at the very least, it’s such intelligent and well-crafted children’s fare that an older person can’t help but appreciate it. That’s why it’s disappointing that this new venture in the franchise is frighteningly simple. The musical isn’t bad in the slightest – in fact it’s a lot of fun – but one wishes the creative team had taken a bigger swing here. It’s the little things; as an adult, knowing the vocal tracks in the show are all pre-recorded takes a lot of the charm out of the production. The many, many children in attendance did not seem to mind. 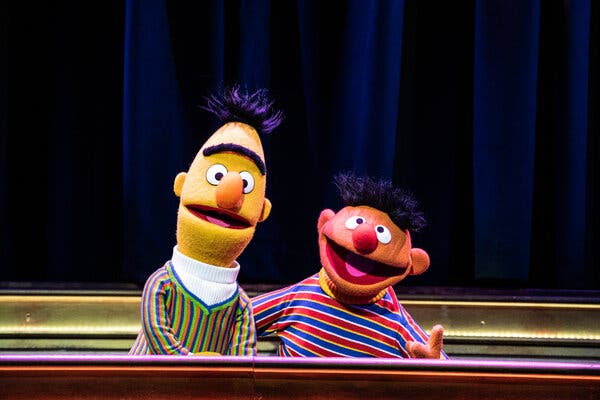