All Quiet on the Western Front is now streaming on Netflix.

The German anti-war movie All Quiet on the Western Front is inspired by Erich Maria Remarque’s historical novel. The events of this movie takes place in the concluding stages of World War One, depicting how the reality of war demoralizes soldiers through the tale of a young German soldier. Simultaneously, we follow the journey of a diplomat who attempts to stop the mayhem and rescue some lives along the way.

Paul Bäumer, a naive teen, and his companions Albert and Müller, who all harbor romanticized and patriotic ideas about war, serve as the central characters of the story. Paul lies about his age in the documents in order to join the army and defend his country. He and his friends are eager to fight on the front lines, seize French territory, and triumphantly head back home. Sadly, once Paul finds himself inside a trench, unprepared and wearing another soldier’s outfit, things get worse.

When the young soldiers see the horrors of battle and witness the destruction firsthand, all the grandeur quickly fades away. The conditions for all the men on the front are still as bad as they were in their initial days, despite the possibility of peace looming in the distance. When the battle is over, they end up losing all the zeal and naivety with which they had begun.

Berger’s interpretation of this well-known tragedy is profoundly gloomy. His nuanced and honest emphasis on the propaganda, in contrast to the grim realities of life in the trenches, is truly heartbreaking. One scene in particular is truly chilling, depicting Paul collecting his clothing without realizing that the garments on his back were taken from the dead.

Furthermore, the movie tries to paint war as an insatiable field of death, complete with reused uniforms, repeated destruction, and days of starvation, exhaustion, disease, and trauma. We see a glimpse of how the illusions of courage and valor are swiftly shattered as the actuality of battle kicks in. We witness how the soldiers are merely additional raw materials for the war machine.

The brutality of war helps to avoid celebrating any component of war, instead dwelling on the soldier’s daily struggles. The movie serves as a sobering reminder of the soldiers who died in battle on both sides.

The minimalist score by Volker Bertelmann frequently feels like sinister, enraged machinery. The cinematography is chilly, and while Paul does his tasks and becomes engulfed in fits of rage and hysteria, his face is usually covered with dirt or ash that makes him seem monstrous as a consequence of such a terrible war.

Kammerer may be a rookie soldier in the movie, but his portrayal is both nuanced and unsettling. Bäumer isn’t simply in over his head; he is frantically attempting to regain his composure on the front lines. Each scene is captured with painful intensity. This genuinely impressive performance illuminates the misery of a young soldier who must face every conceivable fear. Bäumer is in the spotlight as each passing second distances him from the youthful man he once was.

Schuch’s portrayal of a veteran soldier who has a grief-stricken family is a far richer and more brilliant character portrayal. Albrecht Schuch gives a memorable performance as the bizarrely optimistic Kat, a roguish, charming German soldier who will sacrifice everything for his companions.

Tjaden Stackfleet and Edin Hasanovic also add an additional dimension to the movie. In between the cries and bloodshed, there is a beautiful sequence where the squad steals a goose from a nearby French property, showcasing these soldiers at their best. Armed with outstanding sound design, cinematography, and string themes, All Quiet on the Western Front is one of the best war movies in recent times.

I give All Quiet on the Western Front an A-. 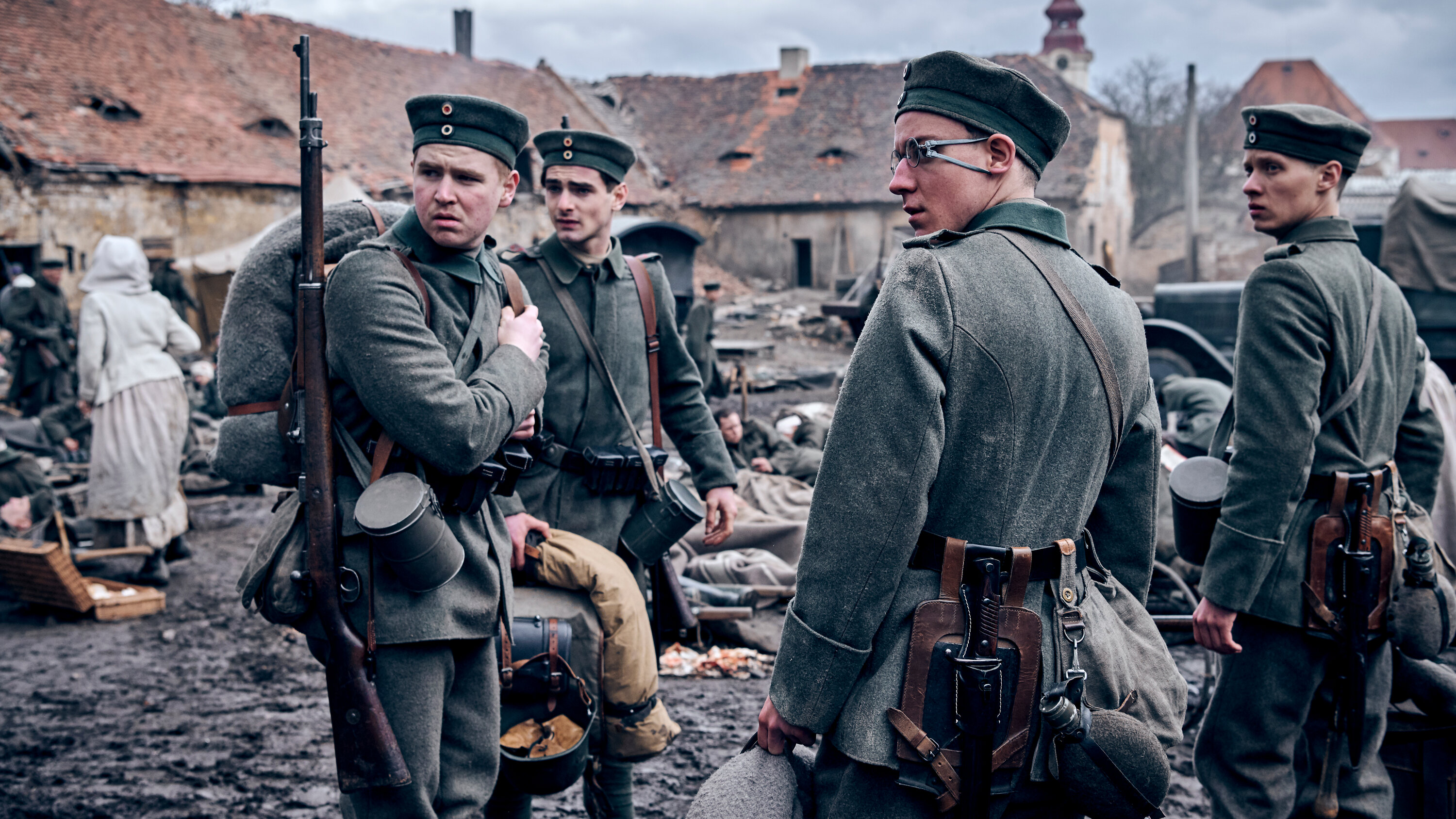