Wendell & Wild is not just a demon infested joyride but one packed with social commentary — in a good way. The movie is filled to the brim with ideas pertinent to today, an asset for the movie’s target audience of growing teens. Although it could have done with a more streamlined narrative, particularly towards the end, Wendell & Wild has a delightfully feisty protagonist and a range of funky creatures in myriad shapes and sizes that make it worth the watch.

The film follows the story of Kat, who loses her parents at the young age of eight and faces the traumas of the foster system before she is relocated to a school in her hometown. Once there, the now teenage Kat realizes she is a hell maiden. Her demons, Wendell and Wild, convince her to raise them up to the land of the living. In return, they promise to bring her parents back from the dead, a promise they don’t have the power to fulfill. Of course, havoc ensues.

As a horror comedy, Wendell & Wild ticks the boxes of the latter better than the former. There are some classic glowing, green eyes and a pair of creepy nuns and the animation doesn’t shy away from being gruesome. But the fear factor is dialed down, even for a kid’s movie.

The titular demons are less spooky and more like a comedic duo from one of Shakespeare’s plays. Nonetheless, they are immensely entertaining and a perfect foil for Kat’s moody disposition. The antagonists too are satisfyingly unlikeable but not particularly scary.

The story tackles some big ideas, taking a critical look at private prisons, the foster care system and corporations. And all of it intertwined within the context of mental health and inner demons. There are a number of diverse characters too, from a trans boy to a policewoman in a hijab. The rest of Hollywood should take notes on how to show diversity without being preachy.

While this ambition is sometimes bigger than the narrative can manage to hold, the sentiment persists. It doesn’t necessarily go into the gray areas of these subjects but it does enough to acclimate its young audience to such topics and even encourages them to ask questions.

And it manages to do all of this while being a smorgasbord of stunning visuals. The stop-motion animation has director Henry Selick’s signature charm and lends the film a three-dimensional feel — you can feel and touch without any need for 3D glasses. Each character has a distinct feel and each location is intricately detailed. Plot and visuals work well to combine the figurative ideas of mental health and capitalism with literal demons.

Where the movie lacks is in its narrative. The screenplay isn’t always able to bring the story’s big ideas together. The end feels a bit rushed and a tad like a Disney movie. And while the movie’s world is a terrific one, it could have done with some more exposition. There are mysterious devices and terms like blood-binding that needed more explanation than was given.

Then again, considering that this is meant for younger viewers, these faults are easy to overlook. As the plot rushes along in a sea of vibrant visuals and upbeat music, it’s easy to let them get swept away. Overall, Wendell & Wild is a super fun ride and the perfect choice for a movie night with the kids. 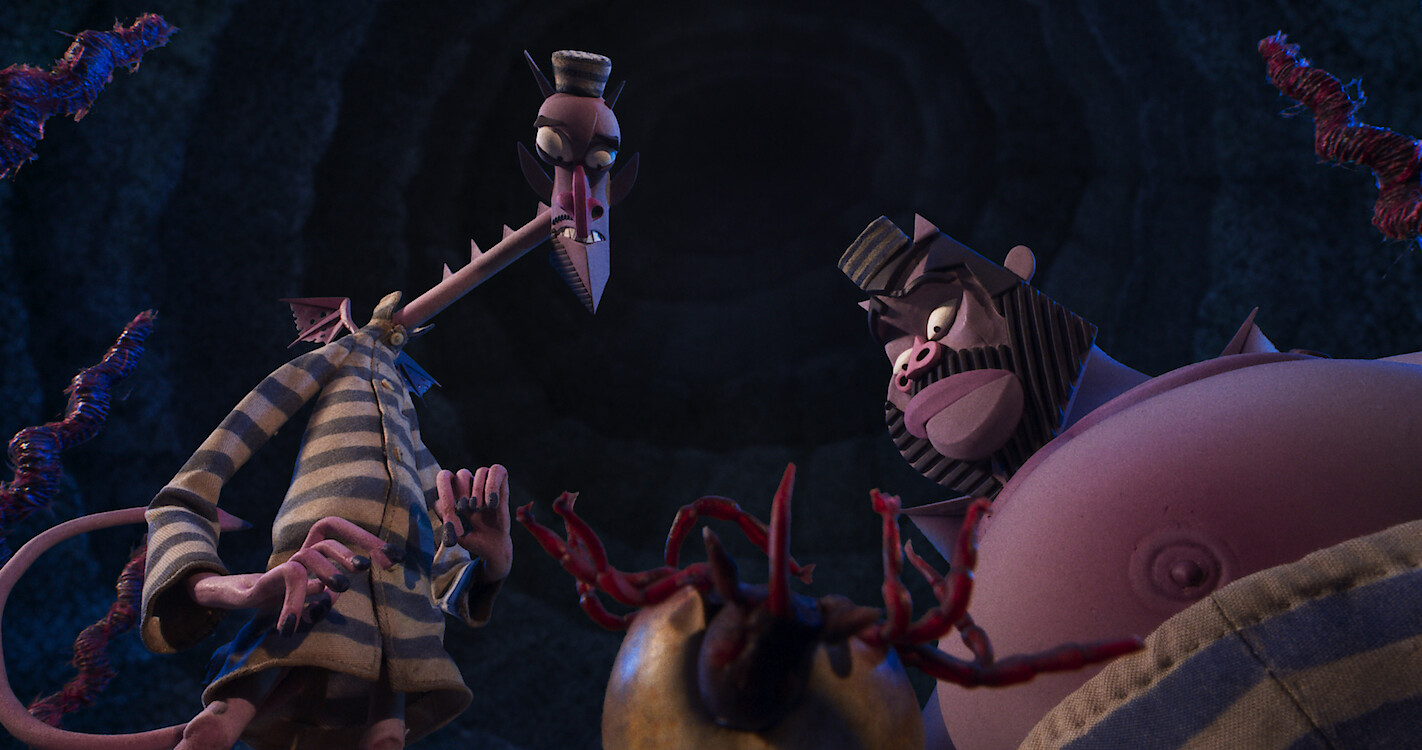