This Week: & Juliet, Some Like It Hot, Meta Quest, and more.

Although the calendar year is winding down, the city that never sleeps has not let up. This past week brought on several cool pop-ups, events, and nights at the theater. As previously discussed, I’ll be rounding up some of the cool things TV and City should ideally be covering in individual articles but that there just isn’t the time to get to.

After a walk through Central Park in the morning, on Sunday night, I headed to the Glasshouse – a swanky venue overlooking the Hudson River – for my alma mater’s annual fundraising dinner. It was a great event, and what better way to begin a new week than socializing with old friends and gouging on an all-you-can-eat buffet. There were some nice (very trumpet heavy) musical performances as well to cap off a great evening.

Monday was quieter, but it’s nice to have a night off. So much of my media diet is made up of shows and films I’m watching for review purposes, meaning I don’t get to catch up on anything I’ve missed in the last few years, or correct the many blindspots I have; there are so many classics I haven’t seen. To combat this, I’ve been going through my long HBO Max watchlist in alphabetical order. You’ll see that reflected at the end of this piece with the capsule reviews of each title. So far I’ve been really enjoying that process and been getting to see a ton of great films I would have otherwise skipped.

After work on Tuesday, I stopped in Soho for the Meta Quest holiday pop up. The branded space was promoting Meta’s new VR headset gaming product. There were four games to sample and I chose the NFL one. I must say, I was very impressed with the tech and how far VR advanced in recent years. I legitimately felt like I was on a football field, scurrying and trying to find an open teammate to throw the ball to. Without my glasses on, the picture was a little blurry, since the visuals use real depth-perception. All in all, it seems like a very cool product, but unfortunately it retails for $400. The workers there seemed really intent on pitching the headset to me… in any case, I did get free socks on the way out. 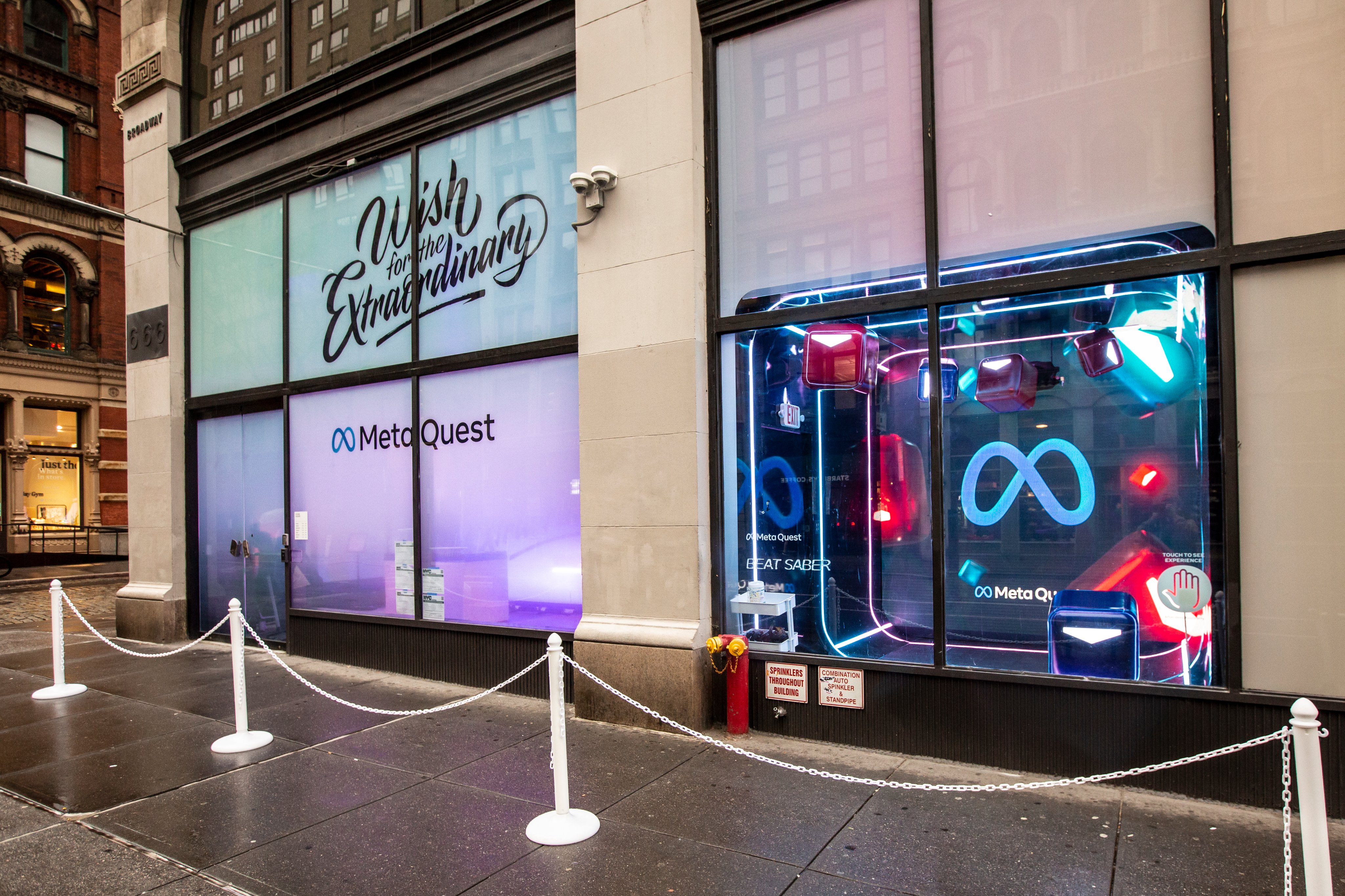 The next Tuesday stop was the New York Public Library’s main 42nd street branch for what was billed as a one day only “immersive reading experience.” Essentially, in one of their study and research halls, you took a seat in front of a book called ‘The Gift,’ and read it at your own pace surrounded by calming music. The story is about two stars, and how one must transfer its lifeforce to the other. It’s also about human relationships obviously, and it invoked a pretty emotional response from attendees.

Then it was time for what I had been hanging around midtown for, the newest jukebox musical to hit Broadway, & Juliet. What if Juliet has survived her tragic ending with Romeo? What if she was then scored to #girlboss pop songs from the likes of Katy Perry, Britney Spears, Kelly Clarkson, and more? Readers, I’m upset and how much I liked it. New York Times theater critic Jesse Green sums up my thoughts nicely:

“I have done everything a critic can do to stamp out the jukebox musical. I’ve called it a cockroach, a straitjacket, a leech, a dead fish. I’ve argued that, with few exceptions, it’s a form that’s satisfactory neither as music nor as theater, let alone the combination. I’ve stood proudly, even among my colleagues, as a denier of everything that shows like “& Juliet” typically stand for.

So shoot me: I liked it. It felt so wrong; it felt so right.”

& Juliet is just so much fun and bitingly smart. Without giving too much away, it’s truly the story of Anne Hathaway, Shakespeare’s wife. I’m a sucker for a good exploration of Shakespeare as an entity and so this really spoke to me. Plus, I’ve never seen a Broadway audience move like the crowd did when the needle drops for ‘Everybody (Backstreet’s Back)’ in the second act. Star Lorna Courtney is spectacular at portraying Juliet’s innocence mixed with just the right amount of cool. I highly recommend this production to families or anyone looking for a fun night out. My bar for & Juliet was quite honestly on the floor and I was blown away.

On foggy Wednesday, I headed back to the Great White Way for Some Like It Hot, a new musical comedy based on the 1959 movie of the same name. It was glorious. The show is a throwback to a classic, golden age of Broadway in the best way. You feel like you’re watching something really vintage in the slapstick nature of the comedy, the tap dance choreography, and the broad strokes performances. And like a classic Broadway musical, it may all be a bit too long for its own good. I’m looking forward to the cast album so I can revisit the songs and see if any of them have replay value. I have some critiques for sure, like the musical numbers are very ensemble heavy in the first act, and then substituted for a string of solo, character driven ballads in the second. In that sense, the book could have definitely used some tweaking, but nonetheless, Some Like It Hot is a smashing success. I don’t think this will be entering the musical hall of fame or anything like that, but again I highly recommend grabbing tickets for this one.

The week was cut a little short when my roommate caught the flu and I spent the next few days distancing myself in Brooklyn, where I spent time catching up on work and prepping for Hanukkah which is in less than a week at this point.

Movies and specials I watched this week:

Barbarian – I’m a scaredy cat so I refused to watch this one when it was in theaters. In fact, I read the entire Wikipedia plot description in advance so that I wouldn’t be scared. Ultimately that ended up souring my enjoyment of the movie, but I can see why it was such a sleeper hit earlier this year.

The Bodyguard – Loved this! They really don’t make ‘em like they used to. A pure star-driven movie and adult drama. Kevin Costner and Whitney Houston are both incredible.

Violent Night – I actually caught this one in theaters. Shout out to AMC A-list for making it possible to just hop into any random showing last minute. It was fine. Hokey script but gnarly kills. A somewhat clever twist on Christmas movies and Home Alone that doesn’t reinvent the wheel.

Bonnie and Clyde – A new favorite I think. Warren Beatty and Faye Dunaway are both unbelievably hot in this? So fun, so rollicking, so American.

Trevor Noah: I Wish You Would – On Tuesday I watched five stand-up specials on Netflix (yikes). Started with this one, which was a dude.

Pete Davidson Presents: The Best Friends – Very much enjoyed this hour. Wish each comedian got more time but the quick sets are also part of the appeal.

Jerry Seinfeld: I’m Telling You for the Last Time – Really don’t find Seinfeld’s stand-up funny despite my love for the sitcom!

The Hall: Honoring the Greats of Stand-Up – This was a cool idea, and I hope they make this an annual special. Great pairings here too, with Jon Stewart honoring George Carlin, John Mulaney eulogizing Robin Williams, Chelsea Handler speaking on behalf of Joan Rivers, and Dave Chappelle on Richard Pryor.

Neal Brennan: 3 Mics – Immediately subscribed to Brennan’s podcast after this. He’s so funny and smart and I’m now a fan.

The Bourne Identity – From what I’ve heard, the sequels are better, and I sure hope so, because I found this to be a really underwhelming generic action thriller.

Braveheart – Epic. Nearly three hours and yet I didn’t mind, which is impressive.

Bully. Coward. Victim. The Story of Roy Cohn – I expected a bit more from this documentary, but it is chilling to see how the influence of this group of vile GOP operatives (Cohn, Roger Stone, Paul Manafort, etc.) still affects our country today. 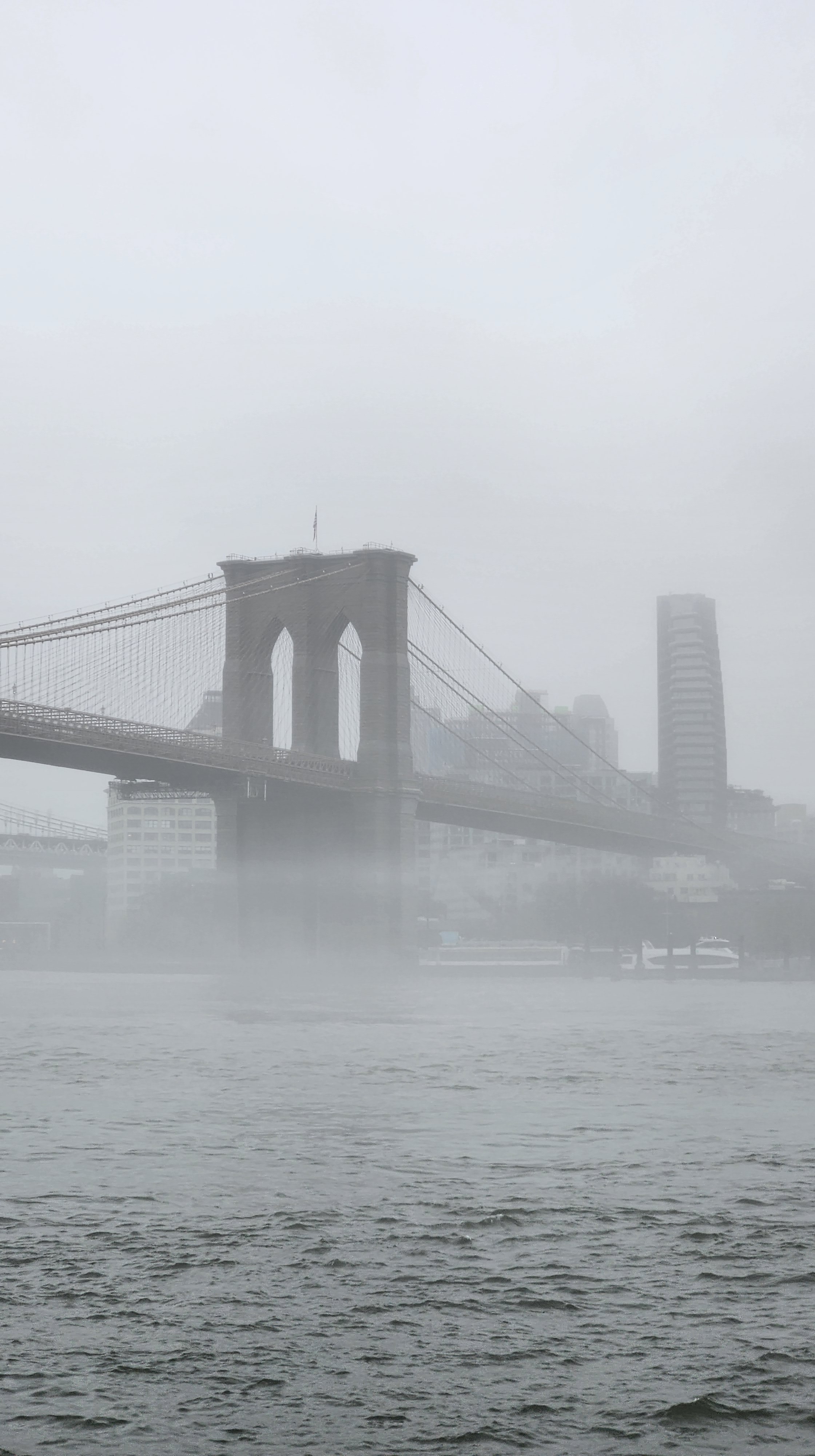