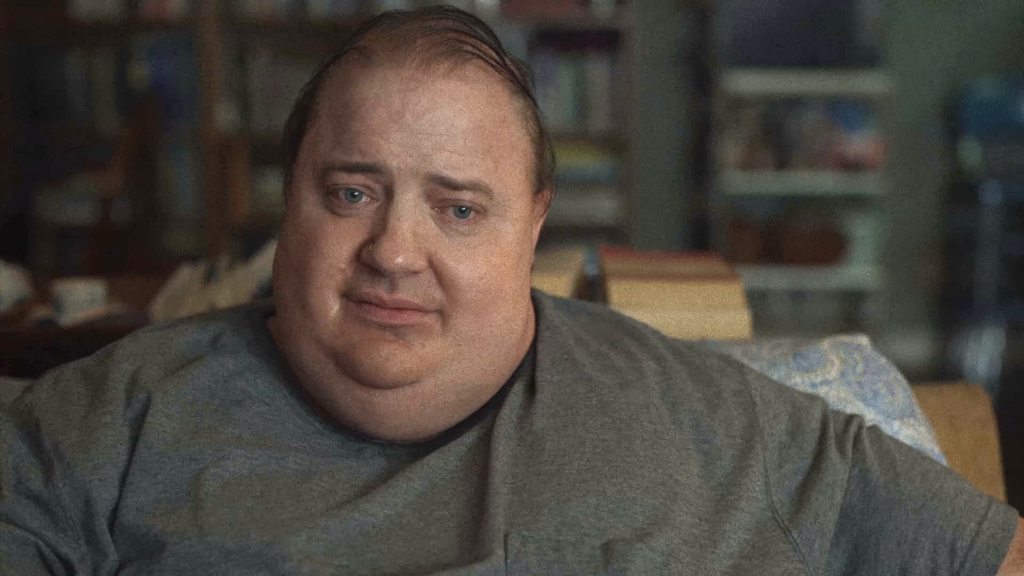 The last two months of the calendar year always bring the glut of prestige films as we gear up for the Oscar nominations. On Monday, I went to check out the latest of that vein, Darren Aronofsky’s The Whale. When the lights went up, my friend and I sat in complete silence for a good minute or two, processing what we had just seen. That’s right, it left us speechless. Eventually I turned to her and asked what she thought first, as I didn’t want my distaste for the picture to cloud her immediate reaction. She liked it quite a bit, which is a good indicator that The Whale is sure to be divisive, especially as discourse around the film and its subject matter starts to grow as more people get a chance to see the movie and its star, Brendan Fraser in an apparent career renaissance, is all but a lock for Best Actor at this year’s Academy Awards.

Fraser plays Charlie, a morbidly obese man who has reclused himself from the outside world, at least partly by choice. It’s a terribly depressing protagonist obviously; he teaches English courses online with the camera off, and has drawers filled with candy bars to gouge himself to death on. In what becomes quickly apparent will be the last days of his life, Charlie attempts to reconnect with his estranged daughter Ellie (Sadie Sink).

For whatever reservations I had going into the film, it turned out to be so much worse. Bluntly, I thought it was vile and a disgusting piece of art. Here’s the thing though. I like boundary pushing films — I enjoy being challenged! Aronofsky has put out polarizing movies in the past like 2017’s Mother! and they are some of my favorites. I don’t know what else to say, The Whale was way too much, even for me.

The way the camera frames Fraser’s prosthetic 600 pound body is literally like a horror movie. The two scenes that come to mind are one early in the runtime where Charlie slowly and begrudgingly trudges down a hallway, barely able to move, and another in the latter half where he angrily rummages through the fridge, dumping a full bottle of mayo onto his second pizza pie of the meal along with a jar of grape jelly, gnawing at and devouring every last crumb. I repeat, it is all shot like a horror movie. It’s body horror but not in a David Cronenberg way. This is the actual human body. Absolutely wild.

To say nothing of the way the actual story unfolds, the filmmaking is supposed to elicit both empathy and disgust all at once, and that is a really uncomfortable combo. To at once make a viewer weep and think about how sad and difficult Charlie’s life is while at the same time emphasizing and showcasing the whole scenario is a way that churns stomachs and makes viewers think “uch, what a pig” is very challenging. I thought I liked being challenged, but I hated this.

Yes, The Whale is fatphobic and there’s no way around that fact. That isn’t to suggest that Hollywood should lie and make a film about how wonderful morbid obesity is. Of course not. But everything about this is just… off putting. It’s art, but did this art need to ever be made?
The performances in this flick are incredible, and it is immaculately crafted. The direction is near flawless, and all members of the tiny cast are giving it their all. Fraser is impressively committed, Sink is so good and fiery, and Hong Chau is an underrated standout as Charlie’s helpful nurse friend. And I do think it is notable and praiseworthy that any movie invokes so much emotion from its audience. I was fully engrossed throughout and the last couple of minutes are so cathartic. I’m still mulling over the themes of The Whale. Charlie begs his students to “write something honest.” In a way, perhaps that’s what the film is intended to be. It is a brutal and unflinching look at humanity’s worst behaviors, from its main character’s condition to its subplot that deals with religious missionary work and the very idea of being “saved.”

Now, I figured it was only fair to give the friend I saw the movie with a chance to defend her position. Here is Rhiannon’s take on The Whale. Major spoilers follow:

“Most of your view on the movie seems to stem from the fact that you think it’s fatphobic. So I think my comments were in contrast to that. In that, no, there are people who actually live like this and actually kill themselves because of it. Psychologically there are a lot of mental health issues going into the fact that someone is literally eating themselves to death.

Something Fraser says throughout the movie is ‘I was always big, but I just let it get out of control.’ There are a couple of components here, and I do think as the viewer you want to empathize with him. That’s also brought up rather explicitly, the line is something like ‘I think it’s impossible for people not to care.’ That’s juxtaposed with the idea that you are also disgusted, which is again part of the story. He is constantly asking, ‘Do you think I’m gross? Do you think I’m disgusting?’ Finally, yes. Everyone ultimately tells him yes.

The film is also about enablers. His daughter is the only person being honest with him. The church boy is enabling him, shying away from the difficult truth that there is something wrong here in the hopes of converting him. The nurse is yelling at him to not die, but she’s enabling him constantly. Somebody could only get that big if there’s someone there to help him; he would have been dead long before because how would he have taken care of himself. I guess you could bring it back to Moby Dick, a book that is one of the first things mentioned in the movie. The pirate there wastes his whole life trying to kill the whale and Charlie is wasting his whole life becoming the whale.

Where it gets even more complex is that Charlie is not a good person. He thinks he did everything he can to help his daughter after abandoning her but her mother didn’t let him see her. No, he didn’t. Sure, he sent a little money but if he knew something was wrong, why didn’t he ever visit? As shown, he’s the type of person that keeps saying ‘sorry’ but doesn’t truly apologize. He is in denial that he has done seemingly nothing good with his life and needs to convince himself that his daughter is a good person even though at this moment in time, she appears to be very cruel. He isn’t honest with himself, which is what makes his quest for honesty in others so ironic.”

That’s a very strong analysis and gives me even more to think about. I’m excited to read both sides of criticism on The Whale as award season heats up. 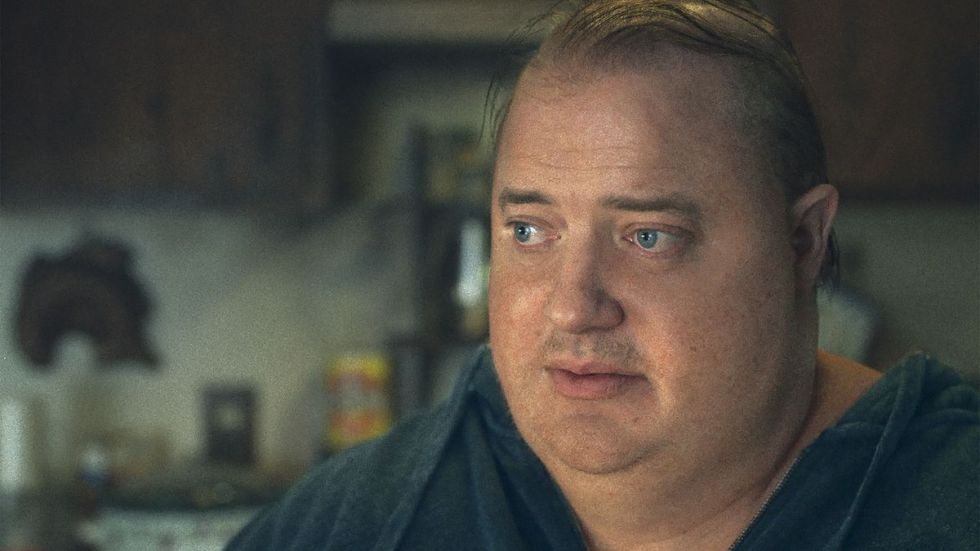