Held at The Public Theater’s flagship building at Astor Place and five partner venues, Under the Radar Festival is a highlight of the winter arts season in New York City, spotlighting the best of experimental theater from artists around the world. The 18th annual edition of the festival runs from January 4 to 22 and features 36 productions, ranging from full on orchestrated epics to introspective monologue stints. TV and City will be attending and covering several Under the Radar shows.

Every so often, a piece of theater just catches your eye and you’ll drop everything to go and see it, even if you know nothing about the show. That was the case with the provocatively titled seven methods of killing kylie jenner (stylized in all lowercase). I went in basically blind, but hooked on the name alone.

I sat through the first half of playwright Jasmine Lee-Jones’ buzzy New York debut, which had a much talked about London run back in 2019 and was awfully confused. The show utilizes flashing light, rotating color codes, and voice modulation, and something about it all felt… just a tad off. It was hard to follow what was happening in the play, like a key explanation had been left out and the audience was forced to fend for themselves. The about 45 minutes in, the actors paused the scene and announced that due to technical difficulties, they’d be stepping off stage in hopes the issue could be resolved and the rest of the show could go on as planned. Turns out that the lights and other flashy aspects of the production had been out of sync from the very start, the smoke machine hadn’t worked, along with some other hiccups that can unfortunately happen in live theater. A representative for the public assured the audience that we’d normally be seeing a “very different show.”

After a decent wait, stars Tia Bannon and Leanne Henlon were able to finish seven methods in its entirety, albeit with what seemed like toned-down stage directions. As such, I can’t really judge or assess the work, and I don’t want to unfairly malign what’s being marketed as one of the centerpieces of this year’s Under the Radar Festival. Take my impressions with a grain of salt.

The story begins with Cleo firing out a tweet thread from her anonymous account. She list what will become a variety of ways in which she’d like to murder Kylie Jenner, who the media is heralding as a “self-made” billionaire. Cleo’s posts become increasingly unhinged, and eventually ‘the TL’ spills over ‘IRL.’ Her tweets go viral and throw a wrench into her friendship with Kara, and in its quieter moments, the play becomes an intelligent examination of blackness, queerness, and femininity.

In fact, for all the flashy bells and whistles that represent the internet sphere on stage (the actresses frequently yell out “like” and “retweet” while spinning around in a dark green light) Lee-Jones’ book works best when it’s just two women in a bedroom bickering. However, those moments would not be as effective without the overpowering sounds of the social media interludes that break them up.

The characters talk in internet slang and meme references, which can be a bit confusing for the unfamiliar to follow. If you’re tapped into the zeitgeist though, this quirk is enjoyable and culminates in a solid twist, although seven methods of killing kylie jenner ends up concluding with a flummoxing fourth wall break that isn’t as deep as it thinks it is. While the conceit of the show is interesting, I couldn’t help but leave disappointed.

‘seven methods of killing kylie jenner’ is playing through January 22. You can find tickets HERE. 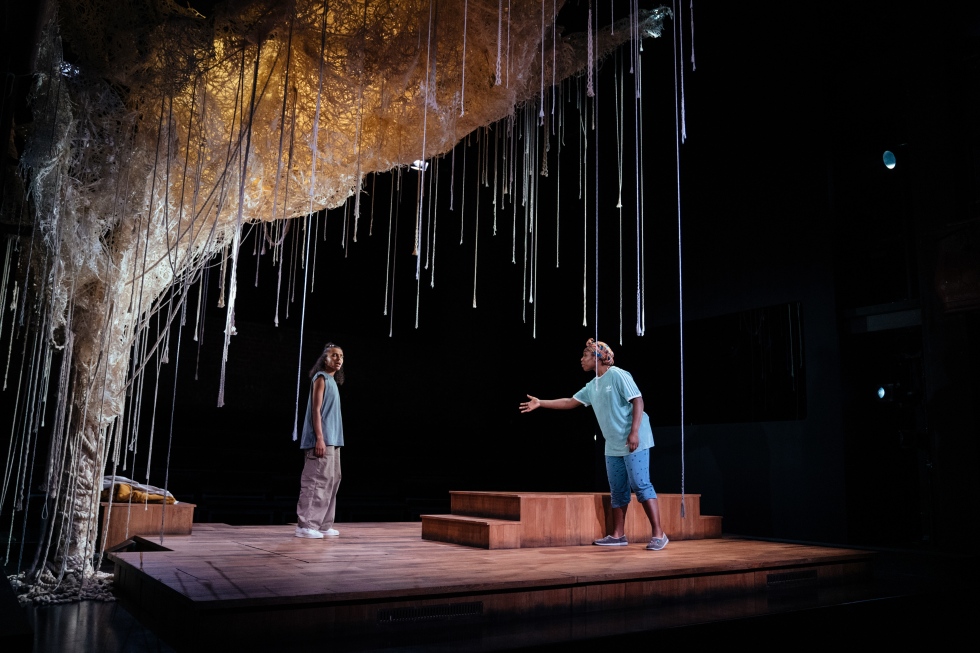