How I Met Your Father returns to Hulu on January 24.

A huge (one might even say, “legendary”) teaser at the end of How I Met Your Father’s second season premiere will keep true fans of its predecessor How I Met Your Mother glued to the series no matter how dismal the sophomore season gets in hopes of major payoff. Unfortunately, Father isn’t much better than it was in its first go around, and a supersized 20 episode season compared to last year’s 13 just means more disappointment.

Simply put, the show is still unfunny, taking its cues from the most cliché of sitcoms and rehashing old tropes of love triangles and online dating. But even the worst comedic writing can sometimes be elevated with a great ensemble, and that is where How I Met Your Father is lacking the most: the characters remain shallow and underdeveloped. Series like this are built on the idea of a cohort of people that are always hanging out with each other, and fans tuning in week after week because of the group’s dynamic and chemistry. It’s impossible to not think of HIMYM (for simplicity’s sake let’s abbreviate the original show as HIMYM and the new one as HIMYF) excelling at this. From the first few episodes, you truly believe that Ted and Marshall have been best friends since college. The main reason HIMYF doesn’t work is because you don’t believe that these characters are actually friends. Why is Sophie’s (Hilary Duff) roommate Valentina (Francia Raisa) consistently hanging out with Sid (Suraj Sharma), the best friend of Sophie’s former Uber driver somehow turned love interest Jesse (Chris Lowell)? It’s awesome that an updated take on the sitcom includes multiple actors of color and different sexualities, but viewers need to buy into the idea that these people would actually be a squad.

The cast is talented, as proven in other projects like Lowell’s turn in Veronica Mars and the short-lived but much-loved Fox comedy Enlisted, or Raisa’s role on ABC’s Grown-ish. For whatever reason though, their work on HIMYF is not popping in the same way. The material is just not up to par.

Once again, being attached to HIMYM’s legacy only hurts this show. If HIMYM is the perfect cut of high end steak, HIMYF is a soggy 99-cent gas station burger swarmed with flies.

Improving upon the first season, we occasionally do see glimmers of the original show in here, implying a glimmer of potential. Every so often, the writers will make proper use of HIMYF’s unique format and lean into the unreliable narrator aspect, blurring faces of one-off hookups that future Sophie can’t remember, or showing flashbacks from different characters’ perspectives. The ninth episode, ‘The Welcome Protocol,’ is the first legitimately funny 20-odd minutes the show has produced thus far, and it succeeds by stretching the limits of the conventional single-camera sitcom format to great effect.

Oh, how the mighty have fallen. 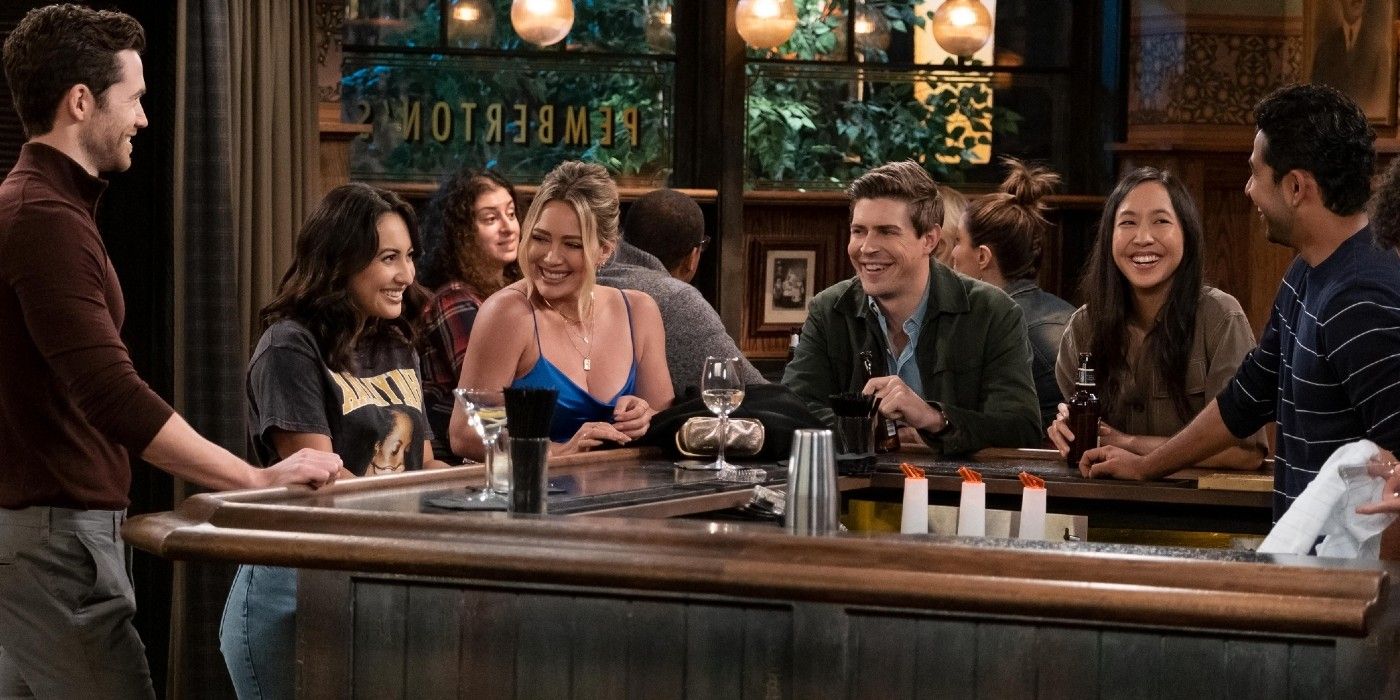