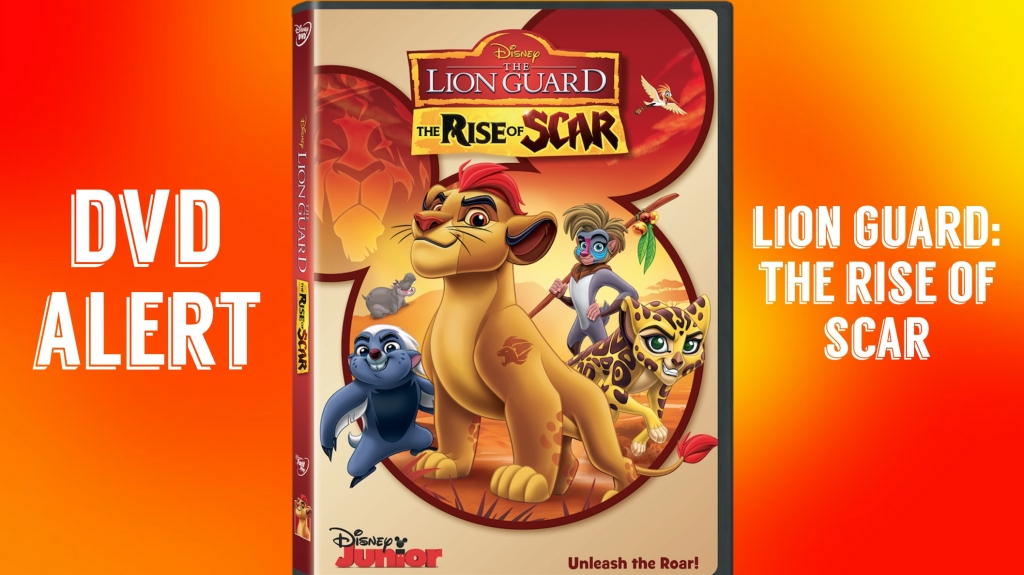 The TV special The Rise of Scar is now available on DVD.

What should I know?

The Lion Guard is now in its second season on Disney Junior, and the show celebrated last July with an hour-long episode revolving around Scar, the legendary villain from the original Lion King movie. This DVD release – the fourth from the show – includes that adventure and four others.

The story begins when Janja the snake witnesses Kion talking to the spirit of Mufasa, he works with the hyenas to seek a way to speak to Scar. They manipulate Rafiki’s protégé Makini into revealing that fire and the Roar of the Elders can open communication with the dark kings of the past. To get Kion to produce an angry roar, the hyenas kidnap his sister Kiara in order to revive Scar (brought to life by David Oyelowo!).

The rest of the episodes are unrelated, being that they come from season. That was a weird choice.

There are unfortunately no bonus features on this release.

Buy The Rise of Scar HERE.