The Kissing Booth is now streaming on Netflix.

The only problem that comes from reviewing The Kissing Booth is trying to figure out at what point in the plot we venture into “spoiler” territory. After all, its inciting incident only happens something like an hour into the picture—but it’s also so predictable that you’ll figure it out pretty early on, and can probably tell exactly where it’s going even from reading a brief description or watching a trailer.

The plot: Elle (Joey King) and Lee (Joel Courtney) have been the most bestest of friends for their entire lives. Literally since birth, since they were born at the same time and apparently bonded immediately afterward. Lee has an older brother, Noah (Jacob Elordi), on whom Elle has had a crush for seemingly ever. But he shows her indifference, and besides: Elle and Lee agreed that relatives are off-limits. Lee jokes that if the two of them ever got together, he’d never speak to Elle again. But is he really joking? I guess we’ll never, ever, not in a million years, ever, get to find out…

Yeah, you can probably tell where The Kissing Booth is going from moment one, and it follows those predictable tracks from start to finish. Characters don’t act like people with agency; they have to do whatever the scene requires. Someone’s mad one scene, fine the next. In love once, ambivalent right after. Basically, we follow two dynamics: the friendship between Elle and Lee and the potential romance between Elle and Noah. And also the way one impacts the other—if they even should.

To that end, The Kissing Booth takes a long time to come to reach any sort of conclusion on either front. It meanders, never allowing either type of relationship to feel real or grow in any meaningful way for the longest time. I’ve said this about other recent VOD movies, but it has about enough content to be an episode of a sitcom, not a feature-length movie. The majority of the movie is repetitive filler, hammering home details that we’ve already concretely established.

It probably doesn’t help that The Kissing Booth doesn’t have particularly strong acting. The actors aren’t aided by a good screenplay, but the leads aren’t great either on their own. Joey King can be expressive but here is emotionally flat, Joel Courtney is laughable when he tries to do anything other than “silly best friend,” and Jacob Elordi fits the “handsome but shallow” stereotype to a T. There aren’t any prominent adult characters in the movie, but Molly Ringwald does show up for a couple of scenes. That’s fun.

The Kissing Booth is a shallow, predictable, lifeless movie about a girl, her best friend, and her best friend’s brother. It tells the laziest possible story it could given the circumstances, does things exactly how you’ll expect if you’ve ever seen a romantic comedy before, and contains more filler than content. It’s not funny, insightful, entertaining, or anything more than something that generates noise in the background while you do laundry, like so many of these Netflix Original Movies have sadly wound up being.

I give The Kissing Booth a D-. 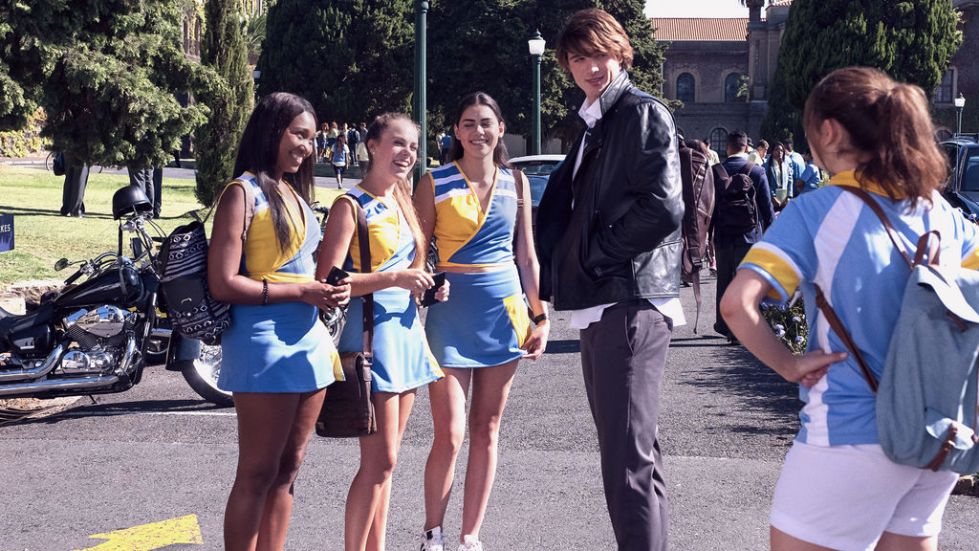 [Visit CineMarter for more of my writing!]