Much like the dinosaurs going extinct, the Jurassic Park franchise recently concluded with its sixth and (supposedly) final installment, Jurassic World: Dominion. While I am skeptical that this will actually be the end of the series forever, due to the fact that numerous franchises rebooted this past year (see Space Jam, The Matrix, Ghostbusters, Scream, Top Gun, etc.), I am very pleased with the manner in which this last movie ended the beloved series.

Due to its intricate plot, awesome dinosaur action scenes, and fantastic music score, the original Jurassic Park (1993) is one of my all-time favorite movies. I also rank Jurassic World (2015), which revived the franchise after 14 years, a close second. Not only did the latter remind me of a modern take of the original Jurassic Park, but it actually offered the viewer a peek into what the present day dinosaur theme park would be like once opened to the public. The other three films (Jurassic Park 2 and 3, and Jurassic World: Fallen Kingdom) unfortunately left much to be desired, lacking a decent storyline, and not flowing nearly as smoothly as their predecessors. Jurassic Park Dominion, to me, lay somewhere in the middle, but certainly more towards the positive side.

Having destroyed the park on Isla Nublar and killing most of the dinosaurs in a volcano eruption, Jurassic Park: Fallen Kingdom (2018) left the franchise in a state of unknown. Seemingly, there were at most only 80 dinosaurs at the end of the movie that fled the Lockwood Manor. Yet, here we are in Dominion, where apparently dinosaurs have multiplied by the thousands across the entire globe, a statistic that leaves me puzzled.

For the first time in the series, we get to see the current Jurassic World cast led by raptor trainer Owen Grady (Chris Pratt) and his love interest, Claire Dearing (Bryce Dallas Howard), meet the legends trio of paleontologist Alan Grant (Sam Neill), paleobotanist Ellie Sattler (Laura Dern), and chaos theorist Ian Malcolm (Jeff Goldblum) from the original Jurassic Park. Their interactions are outstanding, especially when Owen is holding an unconscious baby raptor and Ian is commenting on his disbelief of that fact. Also, we finally get to see Alan and Ellie develop their unspoken love relationship.

While there is no theme park in this movie, the BioSyn company headquarters in Italy provides a new captivating location to host the dinosaurs, replete with its futuristic technology, a beautiful water fountain, and high-speed trains. Fun fact: The head of BioSyn is a recast Lewis Dodgson (Campbell Scott) from the original Jurassic Park! You know: he’s Dodgson, the guy who pays Dennis to steal dinosaur embryos in Costa Rica. That Dodgson!

In the movie, we learn that Dodgson unleashes a swarm of prehistoric giant locusts across the earth that conveniently eats acres of crops of farmlands across the planet, while leaving alone those grown using his special BioSyn seeds. Dodgson hopes to increase his wealth by monopolizing all of the world’s farming, blind and uncaring to the fact that millions of people will starve in the process.

At first, this plot point seems to be just a side story to bring the whole cast together. But quickly, it becomes apparent that this is the main storyline plot. I don’t think that was a good decision because there is a simultaneous problem occurring. Across the planet, thousands of dinosaurs are out in the wild, no longer confined by the cages of an amusement park. At the start of the film, innocent civilians are shown on news channels, being slaughtered by these loose creatures. The movie, unfortunately, chooses to ignore that major problem, instead creating a second problem concerning the locusts, without ever resolving the first problem of the slaughter of humans by runaway dinosaurs.

Still, despite the major plotline revolving around the locusts, there are many phenomenal dinosaur action scenes. The pack of trained atrociraptors attacking the military men and chasing Owen on a motorcycle is the most intense and frightening scene I have seen presented by the franchise. While viewing the scene, I was gripping the edge of my seat in fear that Owen was going to have one of his limbs devoured. The tyrannosaurus rex fight with the therizinosaurus was also exhilarating, as evidenced by the eruption of applause in the theater when the t-rex arose the victor!

At the time of the filming of Jurassic Park, it was not known that dinosaurs were most likely feathered, so the movie depicts dinosaurs as giant lizards. So due to its success, the image of dinosaur-lizards is now engraved in a lot of people’s minds. Interestingly, however, the pyroraptor in Dominion is covered with feathers, depicted to represent the more modern understanding we have gained in the 21st century. Hopefully, viewers will now understand that dinosaurs most likely descended from birds. I must add that the fight with the pyroraptor takes place on ice which makes for some great shots of the beast swimming underneath the ice and popping up at random moments to attack the heroes.

Nowadays, a lot of high-budget films primarily utilize CGI for their complex visual effects. While CGI has certainly refined filmmaking, it often seems unrealistic and almost cartoon-like. I appreciated, therefore, director Colin Trevorrow’s use of both CGI and animatronics for the dinosaur scenes, enhancing the film tremendously: the animatronics allow the dinosaurs to look more lifelike, while the CGI enables more fluid fight scenes.

I also enjoyed the relationship between Owen, his raptor friend Blue, and Blue’s baby, Beta. We have seen Owen and Blue’s relationship develop throughout the Jurassic World films, and it was touching to see Owen care so much about saving Beta who had been kidnapped by BioSyn mercenaries. Towards the end of the movie, seeing Blue give Owen an appreciative stare as she reunites with her daughter is very moving. I love scenes that focus on the expression of emotions through facial expressions rather than speech, as it offers the audience the opportunity to self-interpret the scene.

The film offers many enjoyable and intense scenes. The reunion of the original cast presents many tear-jerking scenes, bringing together two different eras of characters, and ending the series on a strong note. While the plotline is not the best and there are some inconsistencies in the storyline, it is better to look past the negatives and enjoy the film for what it is: an action-packed dino feature. It is certainly worth a watch and it will add to your Jurassic Park collection memories.

I give Jurassic World: Dominion a B-. 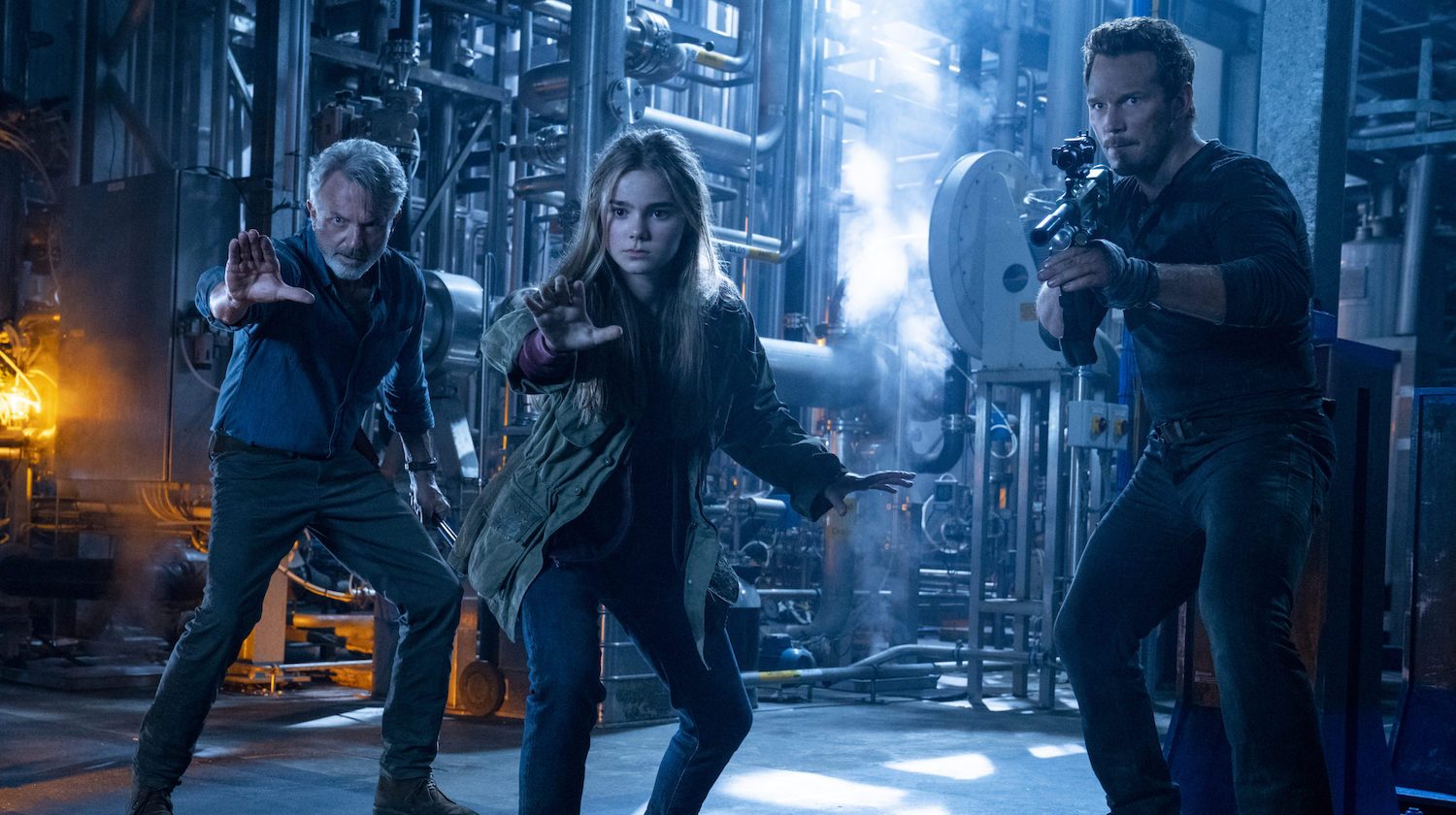