Pearl is now playing in theaters.

It’s a beautiful feat to be able to release the two films so closely together; they interact with each other on many levels. We won’t spoil X, but Goth features prominently in both movies. In Pearl, she plays the titular character, and appears much younger than the old woman who appeared in X. It’s 1918, not 1979–and Pearl’s Texas farm, like the rest of the world, is experiencing the harsh effects of World War I and the Spanish flu epidemic. But Pearl’s attention is set on neither, as she focuses on her dream to become a famous dancer.

West’s team reportedly had only three and a half weeks to turn the same set into a completely new vision–a setting that would have existed 60 years prior to the events of X. The result is the same farmhouse we see in the first film of the horror franchise. But it’s newer and more pristine–all the more emphasized by the use of glossy technicolor, evoking a Wizard-of-Oz-like romanticization of the oppressive setting.

Pearl is largely about repression and the dangers of romanticization–the denial of reality in favor of falsified “perfection.” Though war and a pandemic are ravaging the world, Pearl’s favorite moving picture has nothing to do with such harsh realities. She falls in love with images of dancing showgirls. “There’s no room for even the tiniest lack of precision,” she observes of their dancing troupe, as she dreams of being a part of something similar.

But Pearl doesn’t really fit the bill to be one of these showgirls. Casting directors would prefer someone “more American,” “more blonde.” And certainly not someone who possesses Pearl’s forbidden cravings for a woman in this era.

While Pearl’s favorite movie may reveal her desire to be normal (i.e. perfect), a film shown to her by the handsome projectionist (David Corenswet) reveals her truest and darkest impulses. It’s pornography–overtly sexual, with undercurrents of violence–and the outward portrayal of such secret desires is thrilling to Pearl, who has to keep these same desires suppressed within herself due to a strict upbringing from her religious mother (Tandi Wright) and the harsh rules for women in this period.

But this perfection can’t be maintained forever, and Pearl is a gory exploration in the ways people can crumble when repressed for too long. In one scene, Pearl holds a long, trembling smile (reminiscent of Jocelyn DeBoer’s hesitant grin in Greener Grass’ perfect suburbia). She’s tired of keeping up a flawless facade–but is still pretending.

Goth walks a fine line with her character between Disney princess and villain, between the innocent Dorothy and the wicked witch. If you want to understand the psychology of most Disney villain characters, truly, skip all the remakes and watch Pearl instead. West and Goth beautifully translate the chilling dichotomy between good and evil with several allusions to The Wizard of Oz, as well as a general nod to the saccharine quality of old Disney films.

Pearl’s overtly psychological journey won’t appeal to everyone. It’s still a slasher, to be sure, but the film is less about the gore and scares than it is Pearl’s haunting personal journey. That’s unfortunate, given that more gruesome acts would have done well to complement Pearl’s descent into madness.

Then again, that the camera moves away from its subjects just as they fall dead perhaps speaks to Pearl’s themes all the more. It’s a horrific world we live in. But it feels less so when we cast things in technicolor–and look ever so slightly away. 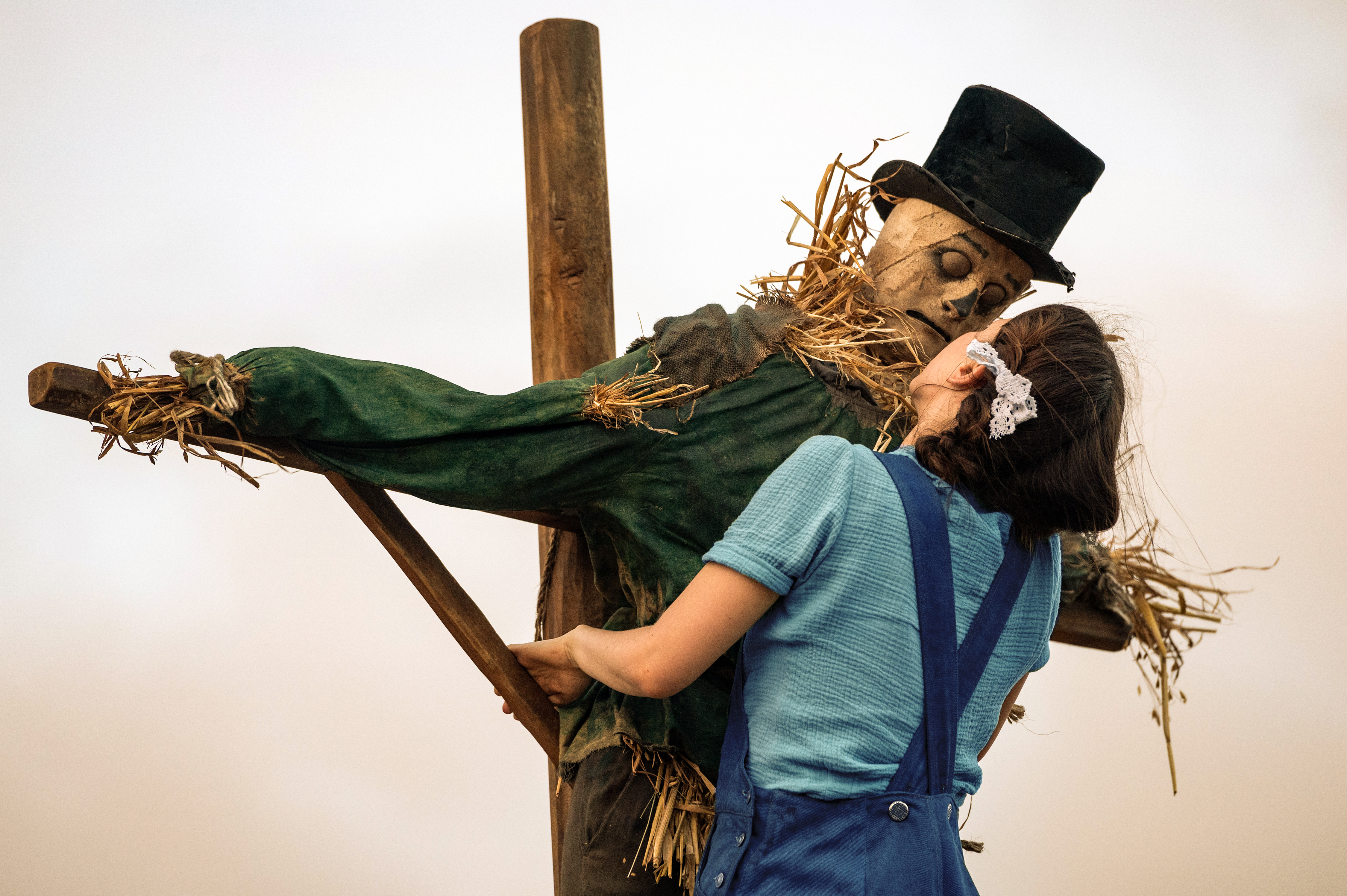