Catch Where We Belong at the Public Theater through November 27.

Madeline Sayet’s new solo show is not quite a TED Talk. After all, there’s a gorgeous set that will light up and shift its shapes throughout the 80 minutes. And you are in fact handed a very pretty Playbill when you walk into the black-box style theater. I guess Where We Belong is more of a lecture. An enlightening one to be sure, but a lecture nonetheless.

Sayet spends her hour and a half discussing her Native American Mohegan roots and upbringing, and how that ancestry and culture shape her every move to this day. She studied Shakespeare abroad in London. What does it mean as an indigenous woman to spend years of your life dedicated to the work of a British white man? Those are the kinds of questions that the playwright mines to pretty interesting effect. As someone who sadly does not know much about the Mohegan people, I found aspects of this show very educational.

Personally I would have found more tidbits about her life in the states interesting, but instead Sayet focuses on her time abroad, specifically timed to Brexit and then Trump’s election. It was catastrophic moments like these that made her ask, well… where she belongs.

Madeline is a smart and talented writer, but at least in the preview performance TV and City was invited to, she flailed a bit as an actress. I’m fairly confident that changed by opening night though.

There are several anecdotes that really stood out as strong material. When it turns into a list of microagressions, the presentation weakens. In any case, it’s important we acknowledge whose land we are on. If you’re interested in learning more about that, there’s enough here to like, and it’s worth seeing this show. 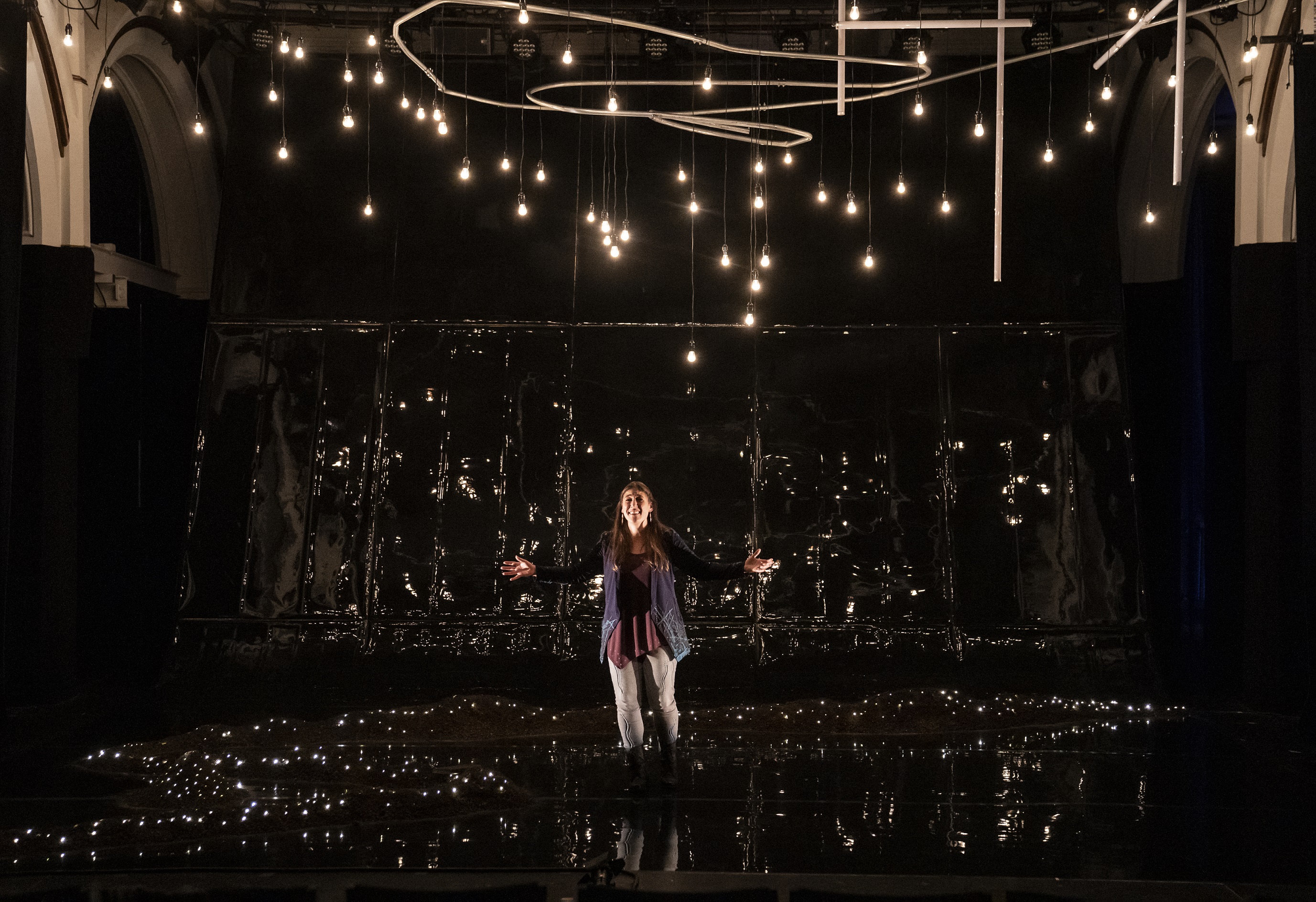