John Krasinski is officially Hollywood royalty. The actor has come a long way since the days of The Office. He now has a horror franchise under his belt, a comic book character in the Marvel universe, and a successful espionage series with multiple seasons. That lanky, indifferent, and “effortless” (strictly according to Michael Scott) dude who bagged the receptionist, turns into the bulky and rugged Jack Ryan, the CIA’s only hope to avert a full-blown war between the US and Russia in Jack Ryan’s Season 3.

While the series once again delivers first-rate entertainment, season three brings back unruly memories of unrealistic set pieces and predictable ends, although uncharacteristically some well-brewed and authentic spy work.

If one were not concerned with the plot, one could find plenty in a roundhouse tour around Europe. You definitely get to see the best parts of the continent. As Ryan chases the elusive Project Sokol across the continent, he goes through cities like Rome, Prague, Budapest, and many more undiscovered places that come straight from the best-looking tour guides. If you were struggling to find inspiration to plan that backpacking through Europe experience, Jack Ryan’s season 3 will come in handy.

On a more serious note, the narrative elements in this season are reminiscent of the treacherous political turmoil Eastern Europe finds itself in presently. We all know about the high tensions between state heads and Jack Ryan’s writers gauge a similar feeling in their show’s universe. The whole ordeal between NATO and Russia is weaponized by a rogue faction trying to restore the lost glory of the USSR.

Ryan investigates intelligence that points towards Sokol being reignited. But his intrusion is not taken lightly and a narrative is spun against him, branding him a traitor. Luka Gocharov (James Cosmo), an erstwhile Soviet commander, now sits as the head of the SVR. He bands with Ryan and Greer (Wendell Pierce) and Elizabeth Wright (Betty Gabriel) of the agency to figure out the exact motives of the cabal trying to goad the world into war. Czech President Alena Kovac (Nina Hoss) and her father Petr (Peter Guinness) douse a fire of their own when Russian Minister Popov is murdered on their soil. While there is an attempt to resuscitate Project Sokol – a program to build nuclear weapons undetectable to the radar – the real hunt for something more controlling brews transiently.

Unlike the previous two seasons, the ensemble is given more responsibility here. We move away from Ryan’s personal life and each actor in the story has a role to play. Krasinski does not shoulder all the responsibility, acting-wise, and having stalwarts like Hoss, Guinness, and Pierce helps balance the scales. All churn-out refined performances fine-tuned to the requirements of the roles.

There is much less drama this time, the absence of which replaced by the elaborate depiction of classic espionage teachings in full flow. Mind games, manipulation, and strategizing dominate how the story moves forward and how the spies settle scores. This stands in contrast to how they are usually presented – going no holds barred with their fists and guns.

The practicality of diplomacy is done away with to embrace the viability of starting and concluding the plot within eight episodes. The makers certainly do not have the time that people behind The Americans had to marinate the processes and systems. Everything politics-wise is too simplistic in season 3 of Jack Ryan but given those logistical impossibilities, some leeway must be afforded on that front. Some smart decisions are made to make the plot cut-throat and keep us engaged.

These interludes are important cornerstones around which we see the increasing connection between Ryan and Luka being established. This camaraderie of sorts becomes season three’s soul. However, the age-old ailments for shows like Jack Ryan eventually play spoilsport. Realism and predictability are unavoidable metrics to objectively assess such shows; unfortunately, Jack Ryan does not score too well on them.

Despite the illusory beginning, Jack Ryan’s season 3 chooses the easy way out but not without doing all the hard work to set up an enticing cross-continent chase. It is a show for people with simple tastes and moderate expectations looking to ease out the stress of everyday life.

I give Jack Ryan Season 3 a B. 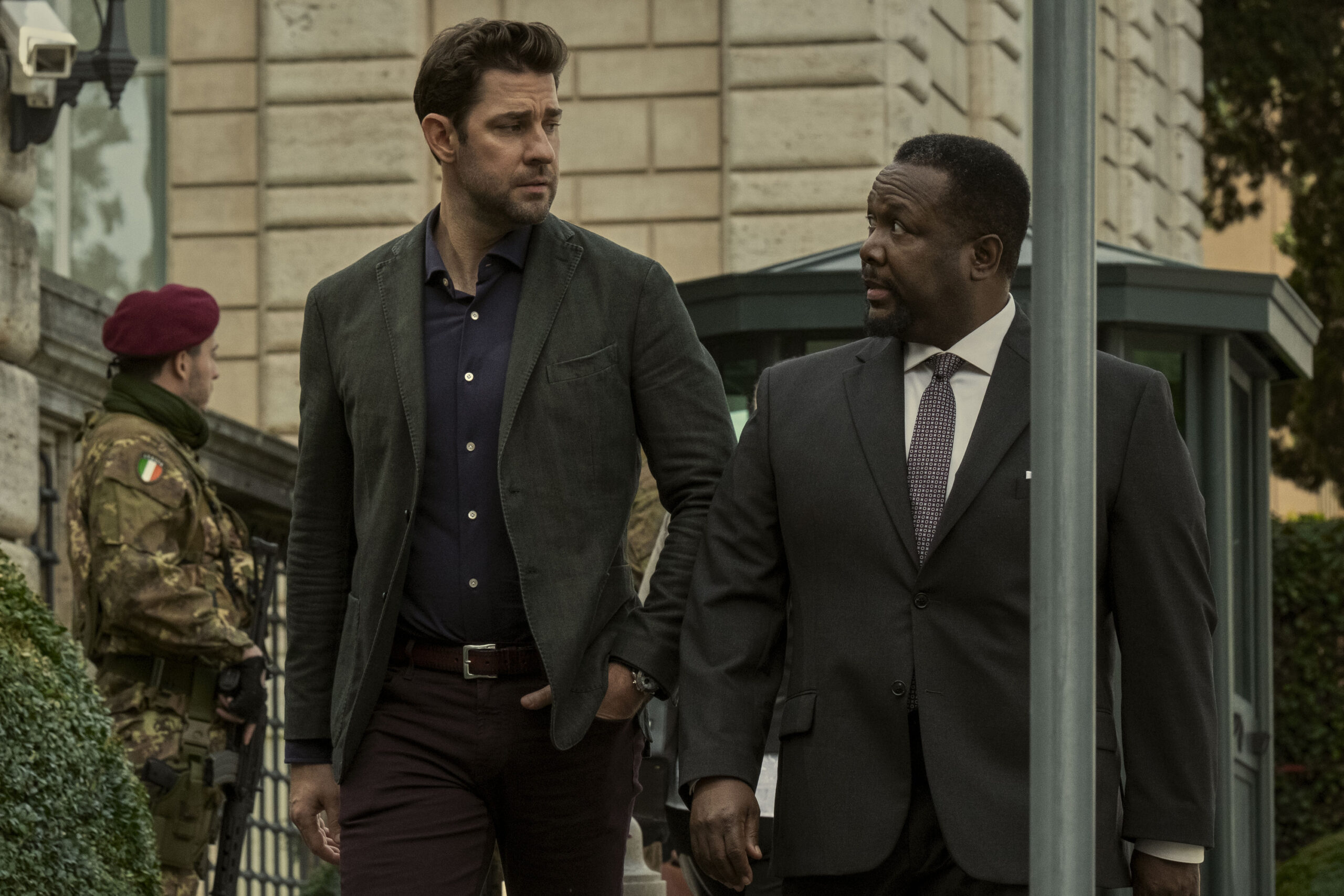