From Smiling Friends creator Michael Cusack and Justin Roiland, one of the minds behind Rick and Morty, comes Koala Man, a new animated comedy set in the Australian suburbs, where middle-aged dad Kevin is on a vigilante crusade to clean up his hometown under the guise of the marsupial-themed superhero.

The first few minutes of the show are absolutely grating and painfully unfunny, a snapshot of everything wrong with modern adult animation. Thank heavens, the series picks up pretty quickly, and if you’re a fan of the creative team’s previous work, this is definitely up your alley.

The episodes get progressively zanier; the fourth installment imagines a scenario where the United States of America has fallen, and Australia is accepting refugees. In this version of reality, Nicole Kidman is installed as the country’s queen. The seventh episode involves an army of angry emus strapped with machine guns. In the finale, Koala Man finally faces down his archnemesis, Kookaburra, in a literal pissing contest. The show is unabashedly silly and doesn’t shy away from that fact. The tone may be a turnoff at first, but stick with the series long enough, and you’ll adjust to its ridiculousness.

Koala Man is clearly a passion project for Cusack — an ode to his home country. While the show lampoons Australian culture, the barbs come from a place of love. The jokes are really specific to the land down under, from showbags to the Wiggles. Plus, just about every Australian celeb short of a Hemsworth brother seems to lend their voice in guest roles. Hugh Jackman is the standout here, and Sarah Snook of Succession fame is excellent as well. Jermaine Clement is technically from New Zealand, but he provides good laughs nonetheless.

I give Koala Man a B. 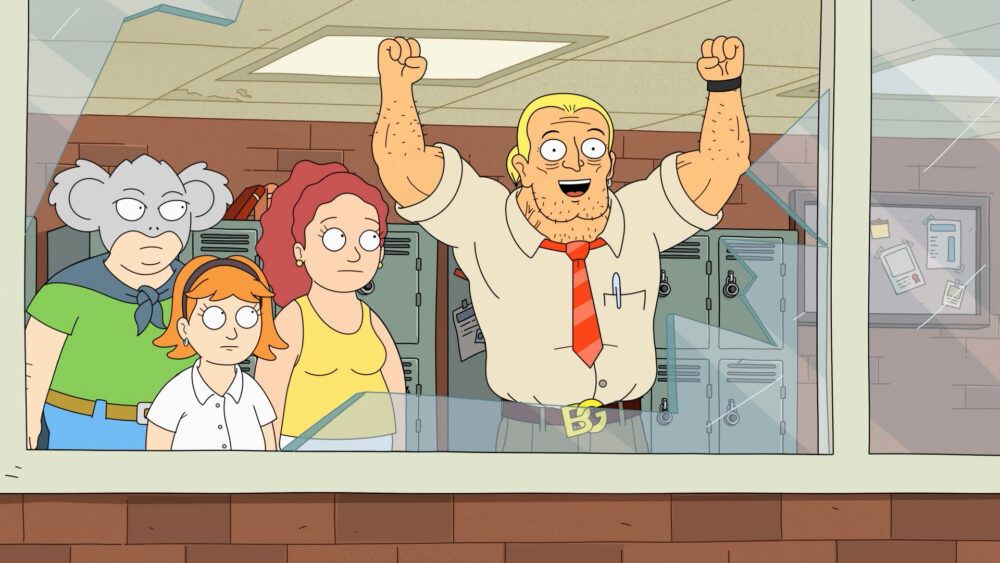