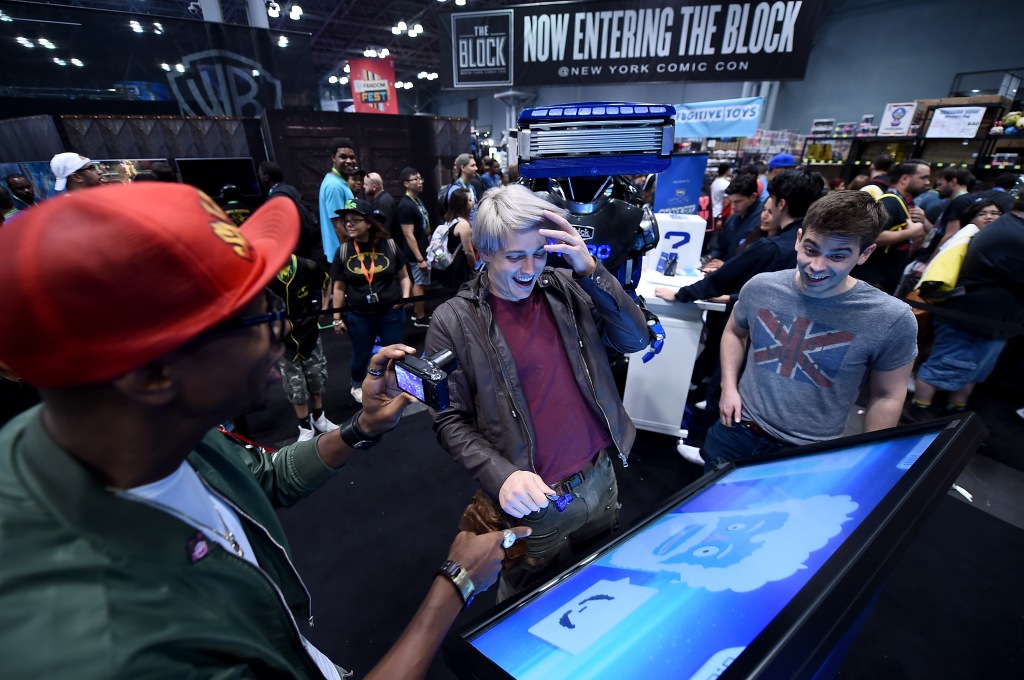 New York Comic Con always has surprising exhibitors. This year, Schick Hydro attended, and brought along a variety of activities on the show floor.

Their booth featured a video game called “Schick Shave Off”. Using a razor as a controller, contenders had five minutes to compete head-to-head in a virtual shave off by giving a series of hairy, cosmic characters displayed on screens different superhero-inspired facial hair looks. Fans who accepted the challenge walked away with branded swag, like tote bags and comic books.

Throughout each of the four days, a live leaderboard tracked player performance. The player with the top daily score received a Schick Hydro “Mystery Box” filled with goodies.

The space also had some space to relax, and indulge in a complimentary shave from a professional barber. This proved to be a big hit with attendees. On Friday, even the crew from YouTube’s SMOSH Games stopped by to check it out!