Fred Armisen’s style of comedy isn’t for everyone. The SNL alum and Late Night with Seth Meyers bandleader seems to take pride in being niche. Look no further than his long-running (and soon-ending) sketch show Portlandia for evidence. Armisen’s new Netflix standup special, titled Standup For Drummers, is no exception. In fact, this hour long performance is about as specific as comedy can get.

The audience seems to be compromised of exclusively drummers, and Armisen (who plays the drums himself) draws laughs with tailor-made jokes for the crowd. “You know that one friend who thinks he can play the drums?” he asks. “They always do the exact same rhythm!” At first you might be turned off, wondering how more than a select few could enjoy the show. Yet eventually, the hyper specificity of it all is what make Standup For Drummers so endearing – and hilarious.

Sure, there are plenty of bits in this special that don’t land: the part where Armisen shows off his many accents is drawn out far too long, and a pre-recorded drum equipment gag noticeably bombs. But for the most part, the quirkiness makes it fun. You can definitely tell the live audience is enjoying! 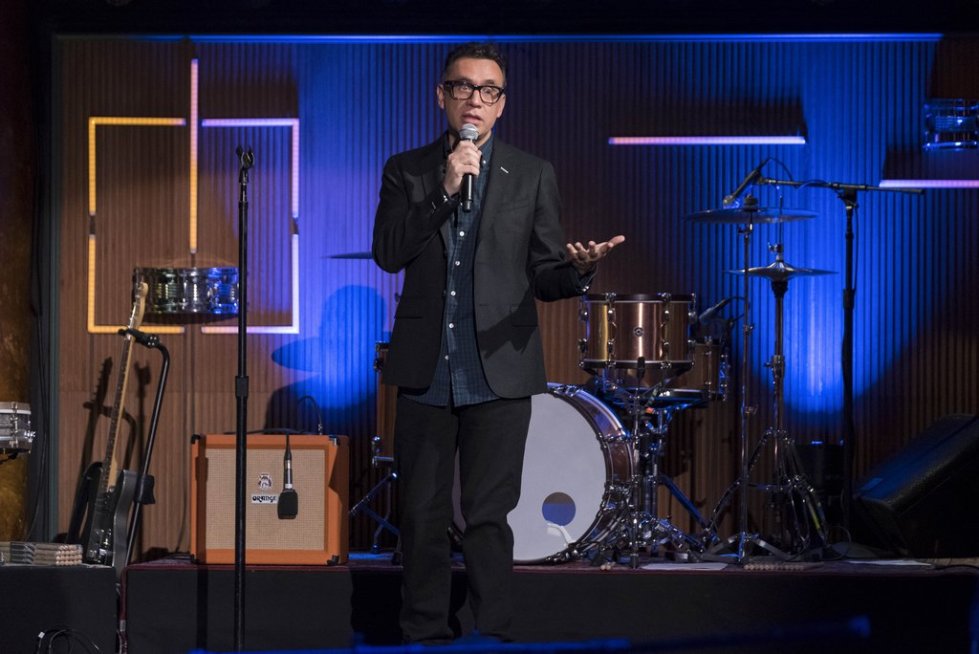