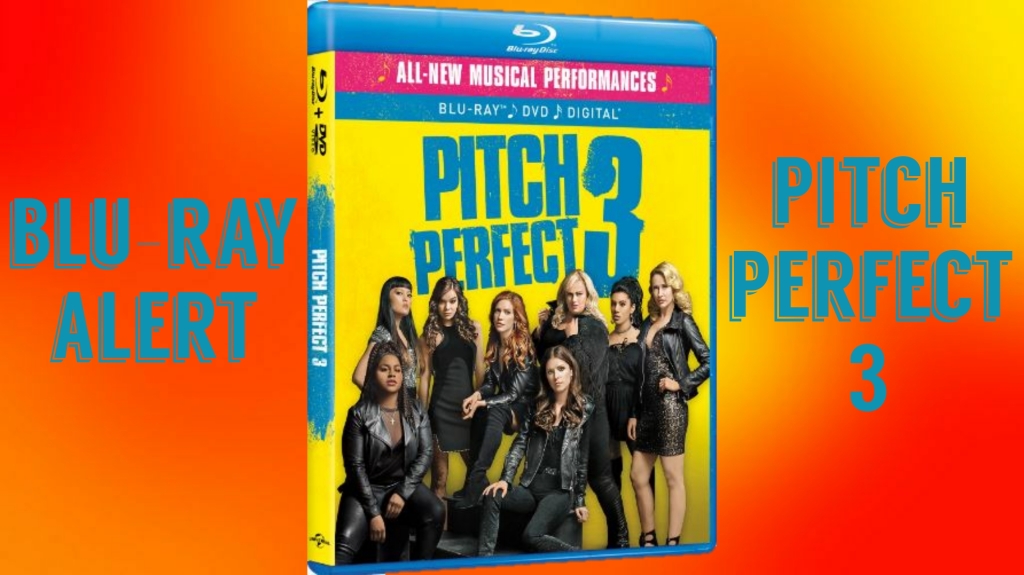 Now graduated from college, realizing it takes more than a cappella to get by, all the Bellas return in the final chapter in the beloved series. After the highs of winning the World Championships, the Bellas find themselves split apart and discovering there are no job prospects for making music with only your mouth. But when they get the chance to reunite for a European USO tour, this group of awesome nerds will come together to make some music, and some questionable decisions, one last time.

Aside from the great musical numbers, the best part of the Pitch Perfect series is the awesome cast. The stars include Anna Kendrick, Rebel Wilson, Hailee Steinfeld, Brittany Snow, Anna Camp, and many many more!

I recommend buying the Blu-ray and playing a drinking game while watching the movie. Take a sip everytime a character makes an aca-joke.

This release contains the following bonus features: (There are a lot!)