The Crown Season 5 is now streaming on Netflix.

Netflix’s wildly popular historical drama, The Crown, was devised by Peter Morgan and is based on Stephen Frears’s well-known drama-fused historical movie named “The Queen,” which was based on real-life events. It dramatizes the rule of Queen Elizabeth as well as how the dynamics around the throne and her family issues affect her choices. The fifth season of the series, which is set in the 1990’s, centers on the strife involving Charles and Diana that finally causes their separation and subsequent divorce.

In the wake of this marital strife, Windsor Castle is engulfed in flames, Queen Elizabeth must bid farewell to her favorite yacht Britannia, and her favorite Prime Minister is removed from power by the people. The season’s wealth of events keep audiences on the very edge of their seats for the entirety of each episode.

This season highlights the turbulent dynamics and several tense relationships within the Royal household. There are in-depth debates and controversies concerning marriage and how its definition has changed through the generations. The internal structure of the Royal family is threatened by the waning of both the monarchy, as well as Victorian principles, which has a significant impact on the Queen.

The post-modern era and its thorough transformation of attitudes, rules, politics, as well as cultural contexts, were marked by Queen Elizabeth’s reign. The Royal Family took great pleasure in their beliefs and traditions, and they were never too adaptable. However, the younger generation was having a hard time connecting with it or even seeing its relevance.

The Crown frequently plays around with symbolism and gives you a lot to think about. For instance, it draws comparisons between Princess Diana, The Queen, with The Royal Yacht Britannia. Her Majesty is seen admiring the yacht with great pride. The yacht represents exploration, dominance, and catastrophe.

Both the beginning of the British Monarchy’s collapse and its history of discovery are known to us. The sequences that depict the beginning of the British Monarchy’s declining trend employ clever symbolism. The Windsor Castle’s fire is a symbolism in motion that is demonstrated by another great tragedy, which is the total collapse and subsequent disorder and ruin of the Royal Family’s marriages.

The resemblances between Queen Mary, who had to make a difficult decision about how to safeguard the monarchy in 1917, and Queen Elizabeth, who has been working to defend the reputation of the monarchy since 1994, show how the spouses of both women put them in vulnerable positions where they must use their diplomacy skills to protect their good reputations.

It’s commendable how well this series humanizes all members of the royal family, including the Queen, Princess Margaret, Prince Philip, and Princess Diana. The subject of this season in particular focuses on Diana’s tapes, her troubles following an absolutely tragic marriage, her eating disorders, notably bulimia, her attempts at suicide, and her terrible past. The dissolution of her marriage to Charles and the ensuing chaos are also covered too. Although the incidents are quite compelling, they could have done a better job of presenting both sides of the argument rather than only favoring Diana’s side of the story.

The episode that showcased Princess Diana’s disastrous BBC interview, in which she spoke out against the Crown and tarnished the Royals’ image was undoubtedly the highlight of this season. Despite some significant changes, the main sequence was beautifully scripted and presented. This brave episode contained exactly the type of content that The Crown is known for. Besides the fact that they could have given Diana and Charles’ roles more depth and nuance, this season does an outstanding job of highlighting Diana’s despair, as well as Martin’s duplicity and treachery.

In this season, the Princess of Wales is portrayed with remarkable elegance and vigor in contrast to the Royal Family, which is led by the impressively stern Imelda Staunton as the Monarch. Diana is excellent in her role. Compared to the actual BBC interview, the actress captures every minute detail, expression, and passion, and her portrayal of the late Princess Diana is outstanding.

We can’t help but sympathize with Princess Margaret throughout this series too, and her undiscovered, mutual love for Peter Townsend and how that love endures through time is heart-wrenching. Princess Margaret is without a doubt the most interesting, confident, and tragic character in the series, and she always gets the wittiest lines.

The characters of Princes William and Harry, along with their relationship with Diana is pretty poorly displayed. The subject is barely touched upon and hardly explored. Hopefully, the upcoming season does the characters and the relationship they had with their mother justice.

To sum it up, the royal family is in complete disarray for the first half of this season. There are divorces everywhere, and Charles and Diana’s own union is barely hanging on and they eventually split up. The plotline is loaded with its customary symbolism but some of the characters do lack depth. This is something only exacerbated by the season’s climax, which is left on a disappointing cliffhanger. Despite that, this is still a solid season and worth a watch.

I give The Crown’s fifth season a B. 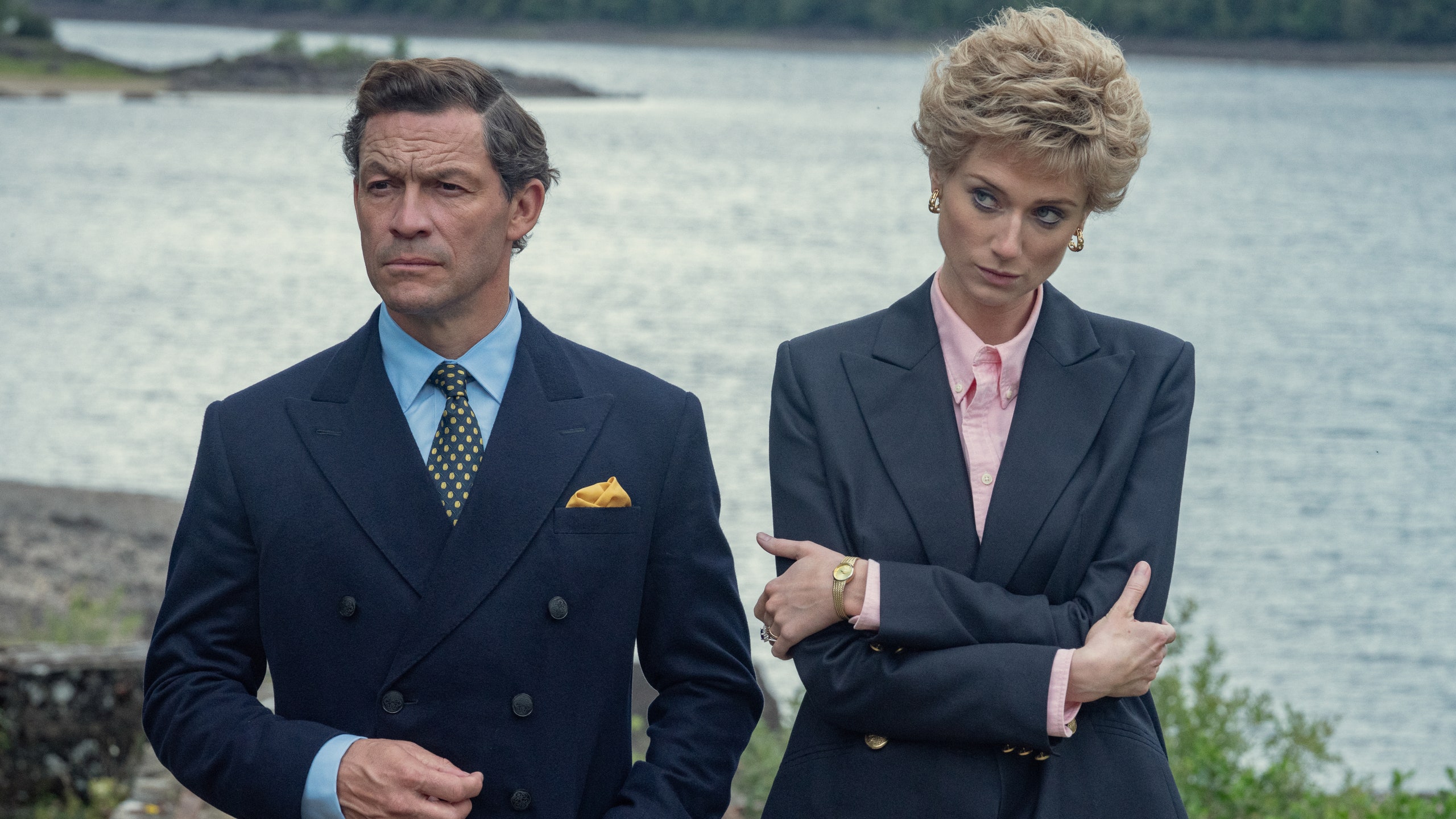